Building on the Western Australian boom: the drivers and shapers of China's economic development in the 21st century

China’s surging economy, underpinned by strong demand in the USA and other developed economies, is the key factor driving the high rate of growth of the world economy at the present time. This is leading to large-scale investment in the resources sector in Western Australia and around the world. China’s expansion is not, however, just another case of a rapidly growing East Asian economy, and should not be seen only in terms of growing markets for particular products, such as resources, energy and educational services. Rather it involves a fundamental reorientation of global patterns of demand and supply, of sources of innovation, and of economic and political power. China is becoming not only a richer country, but also a leader in science and technology, education and social affairs, and an important political power. By 2020, only 14 years hence, China’s economy will be by far the largest in the world and its R&D spending will be higher even than in the USA (in purchasing power parity terms). China will then account for more than 15% of world merchandise trade. China is, in short, a key player in the creation of a new world order that will hold the key to Western Australia’s continued prosperity in the 21 st Century.

Both the speed and the scale of change towards this new world order are unprecedented, but it will not be created in a smooth and steady manner, free of crisis and upheaval. Severe strains are developing in the global economy – in terms of unsustainable growth in energy use and its impact on the climate, a chronic imbalance in financial flows between East Asia and the oil producers on one hand and the developed world on the other, and rising geopolitical tensions related to energy and trade. Imbalances are also mounting within China. Rapid growth based on exports, heavy industry and construction is leading to further pollution of the environment and widening the gap between rich and poor, leaving many dissatisfied with the limited benefits they have received from development. Adjustment to these imbalances may be gradual, or it may involve a sharp slowdown in the world economy, but it will inevitably take place. However this adjustment, when it comes, is unlikely to reverse the underlying trend to a new centre of gravity in the world economy.

These facts – the extent of Western Australia’s current links with China, the historic nature of China’s transformation and the likelihood of severe disturbances along the road – provide both major opportunities and big risks for Western Australia. In our judgment it is likely that demand for resources will continue to be strong for the next two to three years. This will drive further major investment in new resources and energy projects, although a strong supply response is already under way. China’s economy is growing strongly, even as the imbalances build, and this seems likely to continue for the next few years. Western Australia’s unique resource endowments, especially in terms of iron ore and offshore natural gas fields, will generate further large scale investments in such an environment. The boom, however, will come to an end, and this ending could be quite abrupt if the global and Chinese imbalances are not effectively managed. This could mean a return to the boom/bust cycle that has plagued Western Australia in the past.

There is both a real need, and a major opportunity, for Western Australia to build sustainable, long term sources of growth out of the present boom, and on the back of the close links with China that it is generating. The difficulty of this task arises from the fact that, while the economy is booming, it is hard to focus public and private resources on the longer term; but when the boom breaks, much of the opportunity has been lost. The policy challenge is to build these sustainable sources of growth now, while the opportunities abound.

Impact of competition policy reforms on rural and regional Australia

Beyond the boom: the new economic challenge

The evolution of Australian towns

Busselton Chamber of Commerce and Industry submission to Inquiry into the use of ‘fly-in, fly-out’ (FIFO) workforce practices in regional Australia 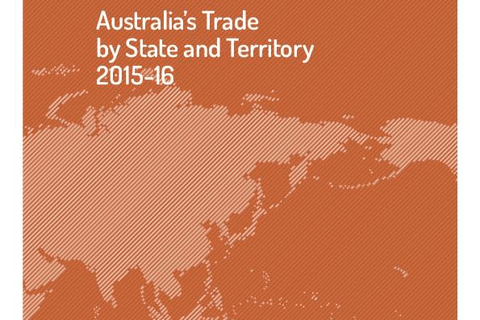 Still beating around the bush: the continuing impact of the mining boom on rural exports