The life-supporting capacity of New Zealand’s environments has been much reduced and the pace of degradation shows little sign of abating (Ministry for the Environment and Statistics New Zealand, 2015). Few countries are experiencing greater biodiversity loss, more rapid freshwater deterioration or greater per capita increases in greenhouse gas emissions (Myers et al., 2013; Parliamentary Commissioner for the Environment, 2016; Gluckman, 2017). The climate is changing fast and it is already clear that a number of communities cannot be sustained for more than another decade or two in their current locations (Parliamentary Commissioner for the Environment, 2017).

The degradation of fresh water and loss of freshwater ecosystems is currently the most observable, culturally offensive and publicised environmental issue. Pathogens in drinking water are causing serious illness in increasing numbers of people, and it is only a matter of time before the availability of fresh water and its pollution constrain the national economy (OECD, 2017). However, freshwater management is only one of a range of environmental problems that diminish our quality of life and threaten our well-being.

The politics of environmental management have been brought into focus over the current election cycle, but environmental connections with social and economic management have yet to capture public attention. Economic and social issues such as New Zealand’s dependence on commodity exports, weaknesses in the tax system, high levels of private debt, wealth inequality, land price inflation and the housing crisis are typically debated separately and without recognition of the potential for environmental policies to contribute to their resolution. Given the plethora of competing and serious issues, the electorate may be looking for more than vague assurance and marginal improvement this year. Here, we suggest that principled integration of novel policies and institutions across environmental, economic and social realms is necessary to make the best of opportunities and minimise the pain and suffering of restructuring.

Environmental degradation is more and more evident to the voting public. A new government in 2017 will take power at an important crossroads for the sustainability of New Zealand’s social, economic and natural systems. Progress towards sustainability will require rather more ambitious proposals than have been implemented in recent years. The best chance of success will come from robust regulatory changes, backed with effective and responsive policy solutions that integrate environmental objectives into the economic and social policy context. These initiatives will be most likely to occur in a context that dilutes the influence of extractive interests and better provides for the interests of future generations. 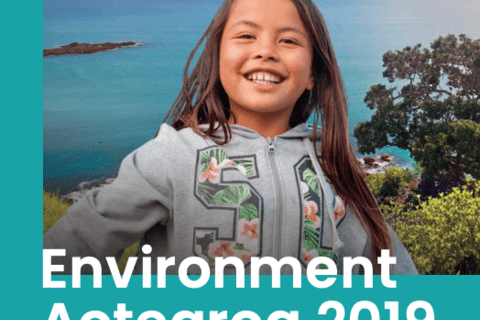 Biodiversity offsets in New Zealand: addressing the risks and maximising the benefits

Dam the expense: the Ord River irrigation scheme and the development of northern Australia