The Commonwealth Observer Group for PNG’s 2017 National Election was present in the country from 19 June to 10 July. Our arrival was preceded by a visit to PNG by the Chair from 24 to 27 May 2017, and an Advance Observer Team, deployed from 7 June 2017 to examine the campaign period. The Chair and a small team of observers remained in PNG following the Group’s departure until 14 July to observe counting in the capital.

The 2017 National Election was delivered in the face of significant funding, administrative and logistical challenges, including inclement weather, which hampered the PNG Electoral Commission’s (PNGEC) ability to administer the election within the prescribed time period. Significant issues with the voter registration process were an unfortunate feature of the 2017 National Election, with a large number of names missing from the electoral roll. However, voters who were able to participate were generally free to exercise their democratic right, and in most provinces women, the elderly and young people appeared largely unhindered in their participation in the process.

The campaign period was competitive and broadly peaceful, although there were some isolated incidents of violence and a small number of deaths. Candidates appeared to be able to campaign in most areas without interference, and the media’s coverage of the election was robust. The increasing influence of social media in political commentary was noteworthy.

Polling was scheduled to take place from 24 June to 8 July, although it was extended in some areas due to inclement weather and other issues. The citizens of Papua New Guinea turned out in large numbers to express their franchise and, with a few exceptions, in a peaceful manner. While there were some variations to voting practices throughout the country, and adherence to secrecy of the ballot was inconsistent, generally, the polling staff and voters appeared knowledgeable in the processes and procedures.

We were saddened by reports of election related violence during the counting period in the Highlands region which resulted in the loss of lives, including some members of the Police. All leaders of PNG have a responsibility and a role to play in ensuring national elections are held in a peaceful manner and the results are accepted as the will of the people, expressed through a credible democratic process. Consideration should be explored for the police to work in close collaboration with the traditional and church leaders to maintain law and order during national elections and to promote the principle of peaceful transfer of power.

The Group was disappointed to note that recommendations submitted by previous Commonwealth Observer Groups such as the need to improve the accuracy of the roll and to review constituency boundaries have not been implemented by both the PNGEC and previous Governments.

We were disappointed that significant barriers remain to women successfully standing for elections. We noted that not a single woman was elected to the Parliament in the 2017 election. The Government and the PNGEC must urgently consider measures to ensure that there are female MPs in the National Parliament, in keeping with the international commitments to which Papua New Guinea is a signatory.

We noted the impact on PNGEC’s efforts to prepare for 2017 elections with the limited financial resources made available by the Government. Adequate funding for PNGEC and advance preparation, in close coordination with the provincial Election Managers, must be addressed before the next election.

The Group recommended that the PNGEC should conduct an urgent review and lessons learned process immediately after this election, and improve the accuracy of the electoral roll. This process should be carried out with strong support from the Commonwealth Secretariat in collaboration with other development partners of PNG. Our Group was of the view that despite the challenges observed with the electoral roll, there were some positive aspects observed, in particular the high voter turn-out and enthusiasm by the people to participate in their democratic process.

2004 federal election: call to the parties

All politics is local: 12 ways to deliver for Australian communities 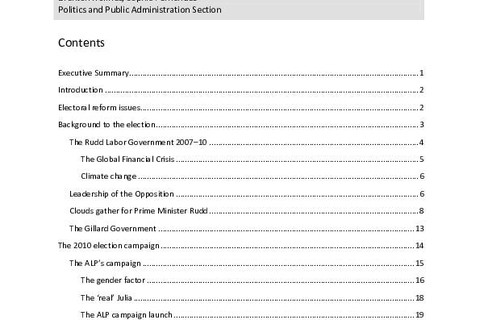