The research focused on four areas:

The results suggest state government respondents have a sound understanding of what corruption is and could distinguish between corruption and misconduct behaviours. However, there was a low level of knowledge about how to report corruption.

Corruption and integrity in the NSW public sector: an assessment of current trends and events 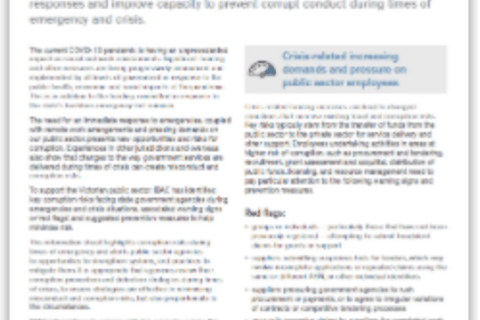 Building integrity during times of crisis or emergency