The future of skills: employment in 2030

Recent debates about the future of jobs have mainly focused on whether or not they are at risk of automation (Arntz et. al., 2016; Frey and Osborne, 2017; McKinsey, 2017; PwC, 2017). Studies have generally minimised the potential effects of automation on job creation, and have tended to ignore other relevant trends, including globalisation, population ageing, urbanisation, and the rise of the green economy.

In this study we use a novel and comprehensive method to map out how employment is likely to change, and the implications for skills. We show both what we can expect, and where we should be uncertain. We also show likely dynamics in different parts of the labour market — from sectors like food and health to manufacturing. We find that education, health care, and wider public sector occupations are likely to grow. We also explain why some low-skilled jobs, in fields like construction and agriculture, are less likely to suffer poor labour market outcomes than has been assumed in the past.

More generally, we shine a light on the skills that are likely to be in greater demand, including interpersonal skills, higher-order cognitive skills, and systems skills. Unlike other recent studies, the method also makes it possible to predict with some confidence what kinds of new jobs may come into existence.

The study challenges the false alarmism that contributes to a culture of risk aversion and holds back technology adoption, innovation, and growth; this matters particularly to countries like the US and the UK, which already face structural productivity problems (Atkinson and Wu, 2017; Shiller, 2017).

Crucially, through the report, we point to the actions that educators, policymakers and individuals can take to better prepare themselves for the future.

Thriving, striving, or just about surviving? 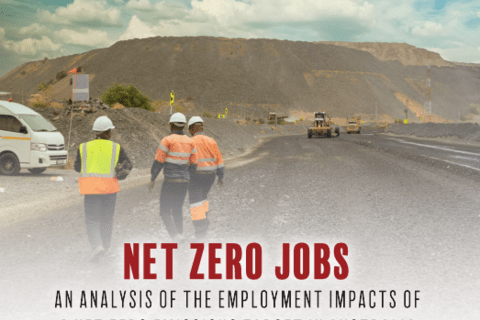 Australia’s insecure work crisis: fixing it for the future

The geography of the UK's creative and high-tech economies