The PBO’s 2017–18 Budget medium-term projections report identified that the projected return to surplus in 2020–21 is predominantly due to a projected increase in personal income tax revenue.

The average tax rate faced by individuals is estimated to increase by 2.3 percentage points over the period from 2017–18 to 2021–22.  This report examines how the projected increase in the average tax rate is expected to vary across individual taxpayers in different parts of the taxable income distribution.

Across all quintiles, the largest driver of the increase in average tax rates is expected increases in nominal incomes.  This reflects the impact of bracket creep, on account of both inflation and real income growth.  In addition to the effect of nominal income growth, average tax rates are projected to increase due to policy changes, most notably the policy decision to increase the Medicare Levy from 2019–20.

Cutting income tax: can we add the bacon to the 'hamburger and milkshake' tax cuts?

Budget 2019: why the long-term tax cuts should be fast-tracked 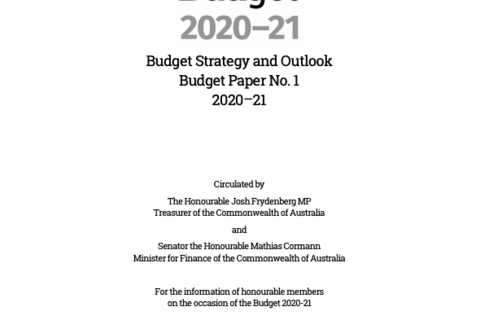 How does the budget affect us? Independent modelling of Federal Budget 2020-21