Australian manufacturing in the global economy

The Australian economy has greatly benefitted from the economic rise of Asia as illustrated by strong economic growth, low unemployment, rising purchasing power, etc. but not all sectors are faring equally well. The growing demand for commodities, fuelled by the rapid urbanisation and industrialisation of Asian countries (especially China and India) has pushed up world prices of mining products, resulting in increased terms of trade for Australia. While mining and related activities are expanding, the accompanying appreciation of the Australian dollar has put increased pressure on other traded sectors like manufacturing. The current mining boom negatively impacts on Australian manufacturing’s competitiveness as exports have become more expensive while imports in Australian markets have become cheaper.

As the demand for Australian commodities is expected to remain high in the near future, Australian manufacturing will need to adapt to the shifting comparative advantage of Australia. More than 50% of Australia’s exports in 2010 concerned primary goods (agriculture and mining) while manufacturing was a net importer representing 30% of Australian exports and 70% of its imports. The international competitiveness of Australian manufacturing is concentrated in a small number of industries directly dependent on Australia’s natural resources (‘non-ferrous metals’, ‘food, beverages and tobacco’ and ‘wood’); in addition, there are some signs of growing competitiveness in ‘pharmaceuticals’ and ‘scientific instruments’.

The shift of the economic centre eastward will significantly decrease Australia’s traditional disadvantage of remoteness from international markets which, in combination with Australia’s small domestic market, has resulted in important scale disadvantages, relatively low productivity, a low degree of internationalisation and limited integration into GVCs for Australian manufacturing. Manufacturing in Australia has heavily suffered from the ‘tyranny of distance’; high transport and trade costs reduce trade and limit the opportunities for Australia to specialise in the activities where it possesses a comparative advantage. Distance from world markets also limits the country’s exposure to competition and makes international producers less competitive in Australian markets.

Confronted with growing competition in global manufacturing, including from emerging economies, Australian manufacturers need to develop other competitive advantages to compensate for the high-cost environment they operate in. Similar to other OECD manufacturing, the long-term productivity and competitiveness of Australian manufacturing will be increasingly based on innovation, targeted at new products/processes/services for (new) niche markets and based on factors beyond cost efficiency. Investments in intangible assets (brand equity, design, organizational capital, business models, etc.) allow manufacturing firms to compete less on costs alone and more on ‘quality’, for example on specific product characteristics like reliability, sustainability, differentiation, brand image, that motivate customers to pay a higher price.

The development of sustainable firm-level capabilities through investment in human capital (skills development) and collaboration with external partners (research organisations, universities, suppliers, customers, etc.) is crucial for this. Nowadays, Australian manufacturing shows a mixed account on innovation, which seems to be strongly focused on cost efficiency and adaptation of products and process to the domestic market. Another point of attention is the only moderate score of Australian manufacturing on management skills since effective management has become increasingly important for the development of innovation capabilities in firms. Innovation should help Australian manufacturing to broaden the number of international competitive industries; some higher technology industries in ICT and medical technologies are developing but are still limited in size. Adding more advanced activities on top of existing resource-based activities may be one way to develop new competitive strengths while nurturing the resource-based strengths of Australian manufacturing. Notwithstanding large R&D investments in resource based manufacturing in Australia, other resource-intensive countries seem to have been more successful in developing high technology activities to complement their advantage in resource-intensive industries.

As the business sector is the first responsible for firm performance, it has a paramount role to play in addressing the weaknesses, reinforcing existing and developing further strengths of Australian manufacturing. Government should focus on enabling and creating the necessary conditions through a supportive public policy: reducing regulatory barriers, supporting the development of capabilities, investing in infrastructure, etc. Such efforts should not only be targeted at manufacturing but also include services sectors given the strong linkages between manufacturing and services. Manufacturing still has an important role to play in Australia, even if the country does not have the same strong manufacturing tradition than e.g. Germany and the United States. Manufacturing is high on the policy agenda in most OECD economies as it contributes to a balanced economy and is an important source of innovation, productivity and international trade. A broader discussion/consultation on the future of manufacturing in Australia should help to identify the strategic directions that have the greatest chance to bring success for Australia in global manufacturing. The resulting re-balancing of the economy will also be important for Australia in preparation for a time beyond the current mining boom.

Advanced manufacturing: beyond the production line

Adjustment to retrenchment – a case of challenging the global economy in the suburbs?

An open door: how globalised are the Australian and US economies?

New kid on the block? China vs the US in world oil markets

Did the great influenza of 1918-1920 trigger a reversal of the first era of globalisation? 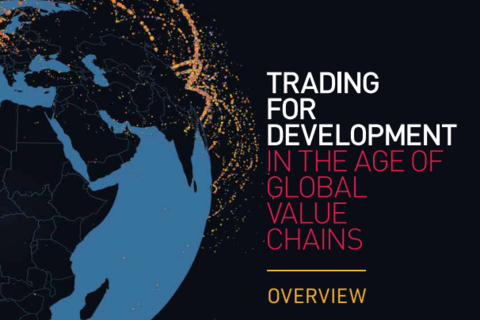