Report of outcomes of the recommendations of 'Accommodating Everyone'

The Equal Opportunity Commission (EOC) launched a report in June 2009 entitled “Accommodating Everyone” following its inquiry into whether persons from culturally and linguistically diverse backgrounds and Aboriginal people were being discriminated against on the basis of their race either directly or indirectly in the private rental housing market. The Report made 15 recommendations proposing further actions and initiatives for the Commonwealth and State Governments as well as the real estate industry in order to address the identified issues.

Following the launch of the report the EOC invited the Office of Multicultural Interests (OMI) to work together in progressing the recommendations. OMI in response to the request established a working group comprising the relevant agencies to oversee the systematic implementation of the recommendations and report back on the achievements. Initial membership of the “Accommodating Everyone Working Group” (AEWG) included OMI, EOC, the Consumer Protection division of the Department of Commerce (CP), Department of Indigenous Affairs (DIA), Department of Housing (Housing), Department of Families, Housing, Community Services and Indigenous Affairs (FaHCSIA), Department of Immigration and Citizenship (DIAC) and Centrelink. The Executive Director of OMI chaired the meetings with OMI providing executive support to the group while DIA alternated with OMI in the hosting of the meetings.

As per the discussion at the initial meetings of the AEWG, the Real Estate Institute of Western Australia (REIWA), the Tenants Advisory Service of Western Australia (TAS) and the Housing Crisis Committee for CaLD people (HCCCaLD) were also invited to be members on the working group to provide an opportunity for the Government agencies to work closely with the non-government and community sector as well as the real estate industry peak body.

Issues relating to CaLD and Aboriginal clients were discussed in a meeting between OMI‟s Executive Director and the CEO of REIWA in January 2010, following which REIWA accepted the invitation to join the working group.

Through the work of individual agencies, progress was able to be achieved on a number of the recommendations. This report summarises what has been achieved in the scope of each recommendation and also outlines the further work which may need to be undertaken which is particularly important given the increasing housing shortage.

Racial discrimination in the private rental market : overcoming stereotypes and breaking the cycle of housing despair in Western Australia

Analysis of expenditure patterns and levels of household indebtedness of public and private rental households, 1975 to 1999

A bit of housing justice - the story of HomeGround Real Estate

Innovative financing models to improve the supply of affordable housing

Keeping a roof over our heads 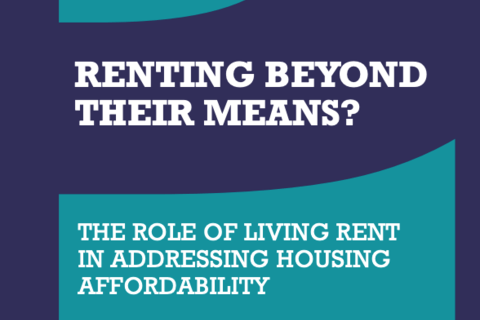 Renting beyond their means?