A cancer biomarker is a molecule either produced by the cancer or by the body in response to a cancer that can be measured in blood, body fluid or tissues and indicates the presence or status of the cancer. Biomarkers associated with altered (mutated) genes can be used to screen for the risk of developing cancer. They can be used to help diagnose cancers. They may indicate targets for treatment and then give information on dosing by indicating how easily the body will eliminate the drug. They can be used to monitor treatment response and subsequently recurrence of a cancer.

What has made the use of biomarkers essential is the advent of personalised medicine. Advances in genomics, which describe the mutations in genes which are responsible for the growth of cancers, has allowed targeted therapies to prevent that growth. Moreover, at the time of diagnosis, cancers which share the same mutations may respond to the same targeted drugs. Determining treatment by the genetic make-up of a cancer may be more important than by using the organ of origin, which has been the traditional practice.

An optimal set of biomarkers is required to accurately detect the cancer, to predict its severity and to determine which treatment strategy is most appropriate. Further, the presence of biomarkers will enable drugs to be prescribed specifically to patients whose tumours have the targets, allowing those without to avoid the side effects and cost of being treated with drugs which are unlikely to be effective. In trials, response to treatment as measured by a decrease in the biomarker, will occur much earlier than waiting for a survival advantage, so that biomarkers may be earlier surrogate markers of the success of a new drug. This will enable drugs to be provisionally approved for widespread use until a survival advantage can be demonstrated.

To take advantage of the optimal use of biomarkers, methods for standardising the timely assessment of their efficacy need to be developed. Regulatory frameworks need to be developed to approve and fund the testing for biomarkers. This is especially the case when biomarkers are companion diagnostic tests for targeted drugs to ensure the most cost-effective use of targeted drugs. Patent law must not become a barrier for global access to biomarkers.

This report reviews the evidence for the efficacy of biomarkers and examines overseas precedents for their regulation and the Australian context. It also reports on the opinions of the end-users of biomarkers who are ultimately responsible for their measurement being translated into improved patient care and outcomes. 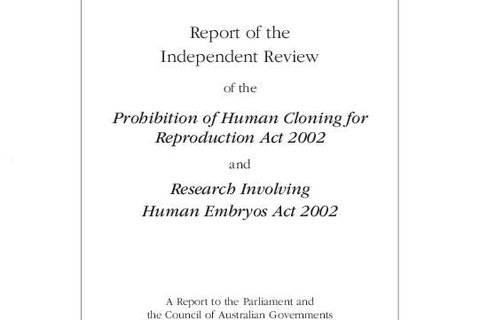 The future of precision medicine in Australia

A collaborative assessment of access to cancer medicines in Australia