Regional exporters: successful models and a few areas of concern

A survey of 146 exporters in rural and regional NSW was undertaken in 2001-02. The survey targeted value-added exporters in all sectors. However, the majority were in manufacturing, particularly in the food processing, petroleum and coal based products and chemicals, and machinery and equipment sectors. Extensive interviews, either faceto-face or by telephone, with senior managers were conducted in seven regions know to host a significant number of exporters. Data on sales, exports and employment were collected for the last five years. In addition, information on their corporate, production, innovation, export, information sourcing and procurement strategies was collected.

The results of the survey have been published in two reports: Ann Hodgkinson and Robyn Iredale, Internationalisation, Information Flows and Networking in Rural and Regional Firms: A Comparative Analysis of Seven NSW Regions, University of Wollongong, 2003a. Ann Hodgkinson, Robyn Iredale, Paul McPhee, Patrizia Tiberi Vipario and David Alylward, Internationalisation, Information Flows and Networking in Rural and Regional Firms: Final Report and Policy Recommendations, University of Wollongong, 2003b, on which this paper is based. The project was financed through the Strategic Partnerships in Research and Training (SPIRT) program of the Australian Research Council, in partnership with the NSW Department of State and Regional Development and the Economic Development Division of the City of Shoalhaven, and was conducted by researchers from the University of Wollongong. The contribution all people on the project team to the development of our results is gratefully acknowledged

The objectives of the study were to: • demonstrate the extent to which leading firms (exporters and innovators) exist outside the major metropolitan areas; • analyse how these firms interact with their local economy in terms of procurement, collaborations and networking; • examine the relationship between population change and economic development over time; • develop structural models of leading firms in terms of global positioning and organisational change; • propose new regional strategies to improve export growth, innovation and formation of successful exporters in regional Australia.

It was not possible to undertake extensive econometric modeling from the resulting database, due to the high variability shown by most variables. This variability was a true feature of these firms, and not a result of sampling error, as well over 90 percent of our target firms were covered in the survey. Consequently, a different method of analysis was used, which involved dividing the observations into groups and comparing the averages of the groups. One of the most useful groups for analysis was to divide firms in terms of their rate of export growth: negative, zero, modest, good and fast – see Table 1.

Breaking away from trend-based analysis for regional modelling and planning 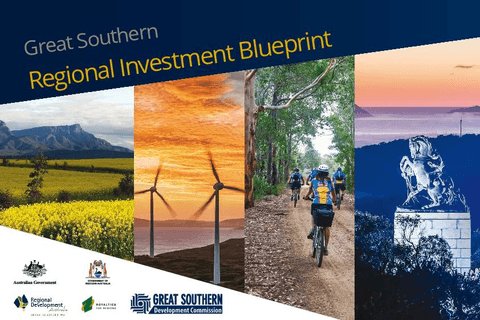 Some challenges for regional science research