The widespread deployment of repository systems in higher education and research
institutions provides the foundation for a distributed, globally networked infrastructure for scholarly communication. However, repository platforms are still using technologies and protocols designed almost twenty years ago, before the boom of the Web and the dominance of Google, social networking, semantic web and ubiquitous mobile devices. This is, in large part, why repositories have not fully realized their potential and function mainly as passive recipients of the final versions of their users’ conventionally published research outputs. In order to leverage the value of the repository network, we need to equip it with a wider array of roles and functionalities, which can be enabled through new levels of web-centric interoperability.

In April 2016, COAR launched the Next Generation Repositories Working Group to identify the core functionalities for the next generation of repositories, as well as the architectures and technologies required to implement them. This report presents the results of work by this group over the last 1.5 years.

The next generation repository...
-    manages and provides access to a wide diversity of resources, including published
articles, pre-prints, datasets, working papers, images, software, and so on.
-    is resource-centric, making resources the focus of its services and infrastructure
-    is a networked repository. Cross-repository connections are established by
introducing bi-directional links as a result of an interaction between resources in
different repositories, or by overlay services that consume activity metadata
exposed by repositories
-    is machine-friendly, enabling the development of a wider range of global repository services, with less development effort
-    is active and supports versioning, commenting, updating and linking across
resources

The Next Generation Repositories Working Group has explicitly focused on the generic technologies required by all repositories to support the adoption of common behaviours. However, we also recognize that there are other technologies and standards that may be useful for specific content types or disciplinary communities.

This report describes 11 new behaviours, as well as the technologies, standards and
protocols that will facilitate the development of new services on top of the collective network, including social networking, peer review, notifications, and usage assessment.

In conclusion, the distributed network of repositories can and should be a powerful tool to promote the transformation of the scholarly communication ecosystem, making it more research-centric, innovative, while also managed by the scholarly community. However, this vision rests on the notion that repositories behave (or function) in common ways, and interact with external services in the same manner. As such, it is important that the technologies, standards and protocols defined here are widely accepted and adopted by repositories around the world. 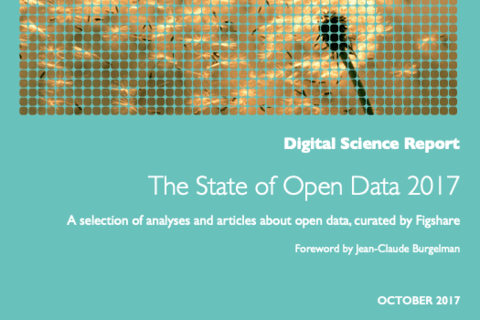 Reviewers are blinkered by bibliometrics

The research life cycle and the health sciences librarian: responding to change in scholarly communication 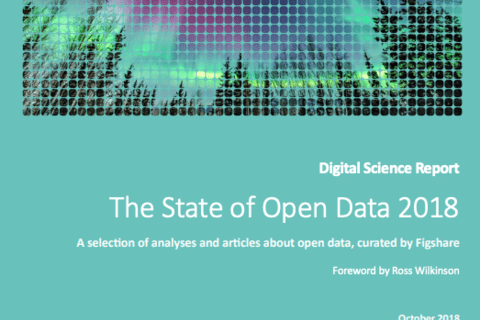 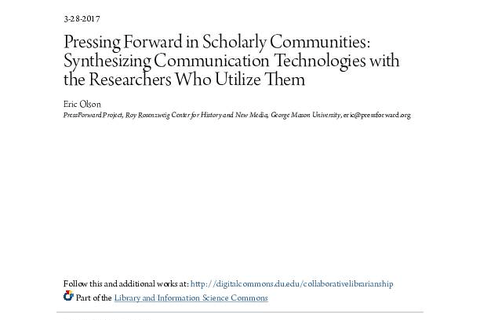 Pressing forward in scholarly communities: synthesizing communication technologies with the researchers who utilize them