World Report 2018 is Human Rights Watch’s 28th annual review of human rights practices around the globe. It summarizes key human rights issues in more than 90 countries and territories worldwide, drawing on events from late 2016 through November 2017.

In his keynote essay, “The Pushback Against the Populist Challenge,” Human Rights Watch Executive Director Kenneth Roth says that the surge of authoritarian populists appears less inevitable than it did a year ago. Then, there seemed no stopping a series of politicians around the globe who claimed to speak for “the people” but built followings by demonizing unpopular minorities, attacking human rights principles, and fueling distrust of democratic institutions. Today, a popular reaction in a broad range of countries, bolstered by some political leaders with the courage to stand up for human rights, has left the fate of many of these populist agendas more uncertain. “Where the pushback is strong, populist advances have been limited,” Roth explains, “but where capitulation meets their message of hate and exclusion, the populists flourish.”

Preoccupied with the internal domestic struggle over the populist agenda, many of the world’s democracies, including the United States and the United Kingdom, have been less willing than before to promote human rights abroad. China and Russia have sought to fill that leadership void by advancing an anti-rights agenda. But several small and medium-sized governments, often backed by galvanized publics, have also stepped into the breach. They include France, the Netherlands, Canada, Belgium, Ireland, and even tiny Liechtenstein. Though lacking the clout of the major powers, they have succeeded in building coalitions that exert serious pressure on the anti-rights agenda and in trumpeting the advantages of governments that are accountable to their people rather than to their officials’ empowerment and enrichment.

However, where other priorities stand in the way of a strong defense of human rights, the populists and autocrats have flourished. Roth cites Egypt, Turkey, Saudi Arabia, and Burma as examples of countries where a lack of international pressure has enabled governments to crush domestic dissent and, at times, to commit large-scale atrocities. “A fair assessment of global prospects for human rights,” Roth concludes, “should induce concern rather than surrender—a call to action rather than a cry of despair.” The populist surge is hardly inevitable and can be reversed if governments and the public are willing to make the effort.

The rest of the volume consists of individual country entries, each of which identifies significant human rights abuses, examines the freedom of local human rights defenders to conduct their work, and surveys the response of key international actors, such as the United Nations, European Union, African Union, United States, China, and various regional and international organizations and institutions.

The book reflects extensive investigative work that Human Rights Watch staff undertook in 2017, usually in close partnership with human rights activists and groups in the country in question. It also reflects the work of our advocacy team, which monitors policy developments and strives to persuade governments and international institutions to curb abuses and promote human rights. Human Rights Watch publications, issued throughout the year, contain more detailed accounts of many of the issues addressed in the brief summaries in this volume.

As in past years, this report does not include a chapter on every country where Human Rights Watch works, nor does it discuss every issue of importance. The absence of a particular country or issue often simply reflects staffing or resource limitations and should not be taken as commentary on the significance of the problem. There are many serious human rights violations that Human Rights Watch simply lacks the capacity to address.

"Do you think we will prosecute ourselves?" No prospects for accountability in South Sudan 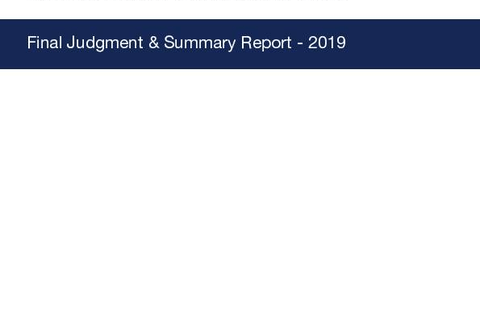