The perception of corruption is a growing problem in Australia. Since 2012, Australia has continued to fall in the annual international Corruption Perception Index. Recent polling commissioned by the Australia Institute reveals that 85 per cent of people think that there is corruption in federal politics, and only 10 per cent have a high level of trust in federal parliament.

Observing the ongoing scandals in federal public administration can reveal why perceived corruption is increasing and public trust is falling. Many allegations of serious corruption are falling through the gaps of our integrity system, including allegations involving water buy-backs in the Murray Darling Basin and procurement processes in the Department of Defence.

There are significant gaps in the jurisdiction and investigative powers of the federal agencies responsible for scrutinising the public sector and government. No agency can investigate misconduct of MPs, ministers or the judiciary. The agencies that do have strong investigative powers, such as the federal police, can only use them when investigating criminal charges. No agency holds public hearings, meaning that corruption and misconduct is not properly exposed to the public.

No federal agency has the investigative powers or jurisdiction to expose corrupt conduct in the federal government and public sector. The establishment of an anticorruption commission would contribute to restoring people’s confidence by sending an unambiguous signal that government takes corruption and accountability seriously. A federal anti-corruption commission would fill the gaps in our integrity system, tackle the perception of corruption, and increase public trust in government. 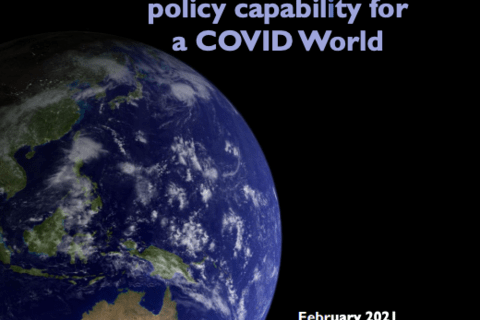