Australia is approaching an important window of opportunity to change our approach to the use of space for defence and national security purposes and, more broadly, to the establishment of a sovereign space industry. We now have the opportunity to move from a traditional policy of dependency on others to become an active space power— one with sovereign space capabilities in orbit and an active and growing space industry sector coordinated by an Australian space agency.

Traditionally, Australia has had a very risk-averse approach to space. There have been inconsistent and erratic efforts to develop the nation’s role in space beyond one as a passive recipient of capabilities provided by other states. We’ve contributed expertise and skilled personnel and a regulatory framework for accessing data from satellites owned by other states or commercial entities and, to paraphrase the late Des Ball, we’ve provided a ‘suitable piece of real estate’ for ground facilities. There have been little government support and no real government funding for developing our own satellites since our first one, WRESAT, in the 1960s, and no government support for establishing an Australian space agency.

In defence terms, the ADF is largely dependent on the US for vital satellite communications; intelligence, surveillance and reconnaissance; and precision navigation and timing functions from space. Australia has played an important role in supporting space situational awareness, but the ADF is a space power only through US support. Without access to US space capabilities, the ADF couldn’t undertake military operations in the modern joint and integrated battlespace. Furthermore, this dependency places an unnecessary burden on the US. By contrast, were we to develop our own space capabilities, we’d strengthen our own defence self-reliance and add new capabilities that ‘burden share in orbit’, making the US–Australia alliance stronger.

Our dependency on others for both defence and national security purposes, and more broadly for national economic activity, creates an unacceptable risk that in a crisis Australia could lose access to vital space systems, resulting in the rapid and catastrophic loss of military effectiveness and broader risks to national economic wellbeing. The absence of government support for a more independent and sovereign space capability has constrained the Australian commercial space industry, which is underperforming in comparison with other sectors of the Australian economy. That underperformance is curious, given our significant contribution in other defence-technology sectors, such as unmanned aerial vehicles and advanced radar technology. It’s not an absence of technological base that limits our role in space—it’s the absence of political support.

However, this disappointing state of affairs may be about to change. The Australian Government announced the establishment of a space agency in October 2017 and is completing a wide-ranging review of the Australian space industry, the findings of which will be released in March 2018. As these important developments are occurring, there’s rapid innovation globally, including the establishment of ‘Space 2.0’—a new paradigm based on low-cost systems and innovation, which embraces risk and emphasises commercial sector leadership, rather than government-run space programs. Space 2.0 is leading to the ‘democratisation of space’, as low-cost technologies allow more states (and non-state actors) to access and use space. Australia is well positioned to use Space 2.0 as the basis for our future approach to space development.

This ASPI Strategy argues that the next Defence White Paper should support a shift from the current nearly total reliance on external providers for critical space support to the ADF. It should explicitly embrace an increasing degree of space self-reliance in the form of locally developed sovereign space capabilities based on the Space 2.0 model. This would include the sovereign development of small Australian satellites and a space launch capability. This could occur simultaneously as Australia moves to develop a sovereign space industry in which commercial space enterprises contribute to Defence’s needs in space capabilities wherever possible.

Australia in space: views from The Strategist 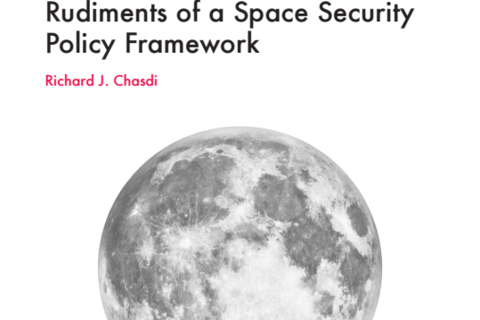 Europe in 2019: a critical and transitional year

India in APEC: views from the Indo-Pacific