Australians’ appetites for internet services continue to grow, with expectations that they can access the services they want, when they want to, with ease and speed.

This has seen the rapid take-up of platforms and over-the-top services, such as Netflix and Skype, which has increased demand for data and the rate at which that data is transmitted—known as bandwidth. Households now reasonably expect to use a wide range of applications on demand and that infrastructure, networks and services will support this use.

Changing demand has occurred alongside infrastructure investment including in the National Broadband Network (NBN). In light of this the Bureau of Communications and Arts Research (BCAR) has forecast Australian households’ demand over the next decade for data and bandwidth delivered over fixed-line services. This working paper, the first in an annual series, identifies the drivers of demand for data and bandwidth and forecasts how this demand will change.

For the average household, the volume of data demanded each month is forecast to increase from 95 gigabytes (GB) in 2016 to 420 GB in 2026. Developments in technology will contribute significantly to this growth. Households will spend more of their available leisure time using new technologies such as ultra-high definition online video content and virtual reality (VR), and increasingly use more than one device at the same time. Demographic factors such as rising real incomes and the ageing of younger (connected) generations will also contribute to increased data demand.

For households that already demand significant amounts of bandwidth, the volume of data used is likely to grow at a faster rate than their bandwidth demand. These households are assumed to already have a range of data-intensive technology in their homes and use the maximum number of devices possible at a single point in time in the peak period. However, for other households data and bandwidth are expected to increase at a similar rate as they adopt new technologies that impact both data and bandwidth demand.

While the number of high usage households is not expected to increase significantly, they are expected to become more concentrated in particular areas. Over the period to 2026, bandwidth demand is expected to rise most rapidly in regions where the number of couple families with children is forecast to grow – often on the fringes of major metropolitan areas. Other factors such as income and the quality of existing infrastructure will also affect the growth of bandwidth demand at a regional level.

The BCAR will continue to monitor changes in demographics, technology and other factors each year to assess the impact on data and bandwidth demand. 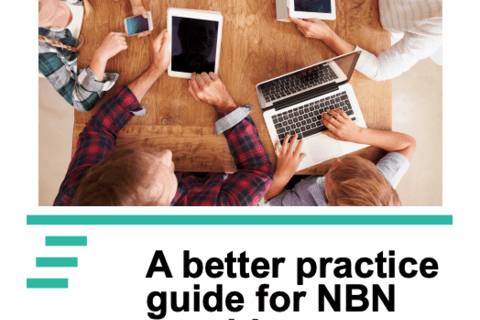 Users and non-users of next generation broadband