This investigation arose from a referral by Parliament, only the fourth such case in the 45-year history of the Ombudsman’s Office. It is occasionally the role of Parliament’s Ombudsman to become involved in an investigation that is inherently political. And so it was in this case. NonALP members in the Legislative Council used their majority to pass a resolution that I investigate whether ALP Members of Parliament misused their staff budget entitlements prior to the 2014 state election, contrary to Parliament’s Members’ Guide.

Neither I, nor any of the investigators working on this case, has any political affiliation. Our task was to get to the truth of the matter – were entitlements misused? If so, what happened and who was responsible?

Answering this has been like trying to complete a jigsaw puzzle from which, at the outset, you are not sure how many pieces are astray and whether you will have enough to see the image. In the end, although some pieces are missing because of claims of parliamentary privilege and exclusive cognisance, or simply loss of memory as some witnesses asserted, a clear picture emerged.

It was a picture of a well-organised campaign by the ALP to recruit and deploy full-time field organisers in the run-up to the 2014 Victorian state election, of which 21 were employed part-time as electorate officers and paid some $388,000 out of parliamentary funds. A few did, indeed, do electorate officer work and many claimed it was impossible to distinguish between the roles.

The evidence before us is that MPs who participated in the arrangement and signed time-sheets believed it was legitimate and that they were contributing to an approved pooling arrangement. But while they received little or no personal benefit from the use of parliamentary funds for campaigning purposes, which almost invariably benefited the election prospects of others, 21 Members of the 57th Parliament breached the Members’ Guide.

The principal architect of the arrangement was the former Leader of the Opposition in the Legislative Council, the Hon John Lenders. While he too derived no personal benefit from the campaign as he was, in any event, retiring, he carries the greatest share of responsibility for breaches of the Guide. There is undoubtedly a blurred line between permissible and impermissible uses of parliamentary funds, and what is or is not political activity prohibited by the Guide. But in seeking to maximise the use of resources available to the Party, Mr Lenders crossed the line.

The ALP was, of course, the principal beneficiary of these funds. While I do not make formal recommendations to non-public bodies, I consider that public confidence would be well served by them paying the money back. I am pleased that following a review of the conclusions of the draft report, they have offered to do so. 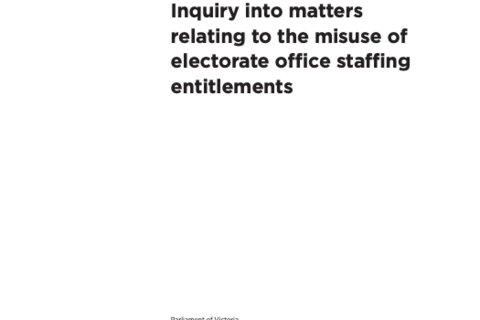 Composition of Australian parliaments by party and gender: a quick guide - December 2017 update

The way in: representation in the 46th Australian Parliament 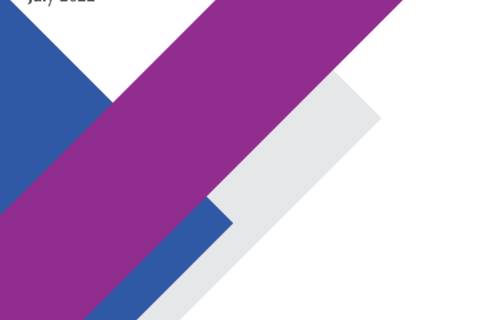 Composition of Australian parliaments by party and gender: a quick guide - February 2017 update