From consensus to action: report from the first National Manufacturing Summit

The National Manufacturing Summit, held at Australian Parliament House, Canberra, in June 2017, was attended by over one hundred delegates from a variety of businesses and industry associations, trade unions, government officials, political leaders and policymakers, academic institutions and vocational training providers, and other civic organisations. The Summit was highly successful in identifying key challenges and opportunities for manufacturing and industry policy in Australia. Despite well-known and well-publicised problems—from unfavourable currency movements in recent times to high-profile plant closures and layoffs—the Summit struck a note of optimism.

Delegates re-affirmed the critical importance of manufacturing for Australia’s economy and society. With the stabilization of the Australian dollar post-mining boom and an increasingly positive and pragmatic view towards manufacturing in national politics and policymaking, there was widespread agreement among Summit participants that a new opportunity was emerging to promote a more comprehensive and coherent approach to industry and industry policy.

In summarizing key issues raised at the Summit, this Action Report argues that common cause between industry, unions, government and civil society organisations can be established to further this agenda – if key areas of consensus are clearly identified and acted upon in the short-to-medium term. This Report also finds that ongoing areas of concern or disagreement should be addressed and clarified in order to further this agenda and to help formulate effective strategies in the medium-to-long term.

If the appropriate balance can be established between consensus-based action and practical research to clarify divergent views, this Report argues that manufacturing advocates can help government continue to move towards more proactive policy settings. With the right settings in place, manufacturing’s fitting role as a core contributor to output, skills, technology and innovation—and to more prosperous urban, rural and regional communities—can be better realized into the future.

This Report echoes the ‘can do’ orientation of the National Manufacturing Summit, which was organized around three key themes: collaborate, procure and export. During the day-long Summit, two main areas of consensus emerged. First, on a bigger picture level, it was clear that delegates—like the vast majority of people across Australia— saw manufacturing as central to present and future growth, innovation and prosperity.

Second, on a more focused level, delegates echoed a need to work together to further coherence in government procurement policy at a national level.

On the other hand, two main areas emerged which indicate a need for greater clarification and research. First, delegates raised important questions about the relationship between manufacturing and employment, including the quantity and the quality of jobs. Second, questions emerged out of the concern of several delegates who frame manufacturing as a global value chain that goes beyond production and final assembly. The implications of these areas of consensus and concern are outlined in this report. 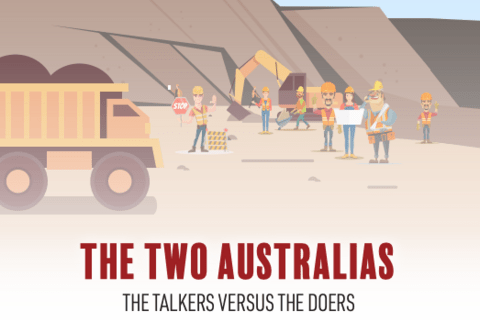 The two Australias: the talkers versus the doers 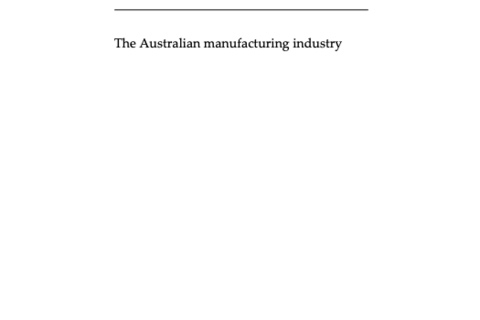 Manufacturing into the future