Crime, especially violent crime, hurts individuals and society. Both direct and indirect victims of crime may suffer untold consequences that can endure for years and can even affect next generations. Those who do not suffer personally may nonetheless acquire negative perceptions of people or places because of criminal activity. The net effect of such perceptions can change societal attitudes creating a more negative environment. This is a loss for everyone. These perceptions can be disproportionately magnified by advocacy groups, media and political agendas.

Policy responses are often viewed in binary terms: tough or soft on crime. This simplistic duality has long had political resonance, but its impact on our prison system is a major concern. The New Zealand prison population is increasing and is one of the highest in the OECD at a time when crime rates are actually decreasing. This can only be explained by the systemic and cumulative impact of successive policy decisions over time, often in response to public demand and political positioning.

Successive governments of different political orientations have supported a progressively retributive rather than a restorative approach to crime with unsupported claims that prisons can solve the problems of crime. As a result, the costs of prisons far exceed those justified by the need to protect the public. We keep imprisoning more people in response to dogma not data, responding to shifting policies and media panics, instead of evidence-based approaches to prevention, intervention, imprisonment and rehabilitation. This does not diminish the importance of incarceration for a subset of individuals so as to protect the public.

The strong evidence base related to what fuels the prison ‘pipeline’ suggests that prisons are extremely expensive training grounds for further offending, building offenders’ criminal careers by teaching them criminal skills, damaging their employment, accommodation and family prospects, and compounding mental health and substance use issues. On release, even after a short period of imprisonment, for example on remand, offenders have been found to reintegrate poorly to the community. Furthermore, this does nothing to reassure victims that the risk of harm is being effectively managed by the justice system.

It is now well understood that prisons act as recruitment centres for gangs (especially for young offenders) and underpin the illegal drug trade. Imprisonment leaves those incarcerated with high rates of undiagnosed and untreated alcohol/drug addictions and mental illness. They have a negative impact on the next generation, given that a high percentage of people in prison are parents. These issues disproportionately affect Māori.

Other countries, such as Finland, have significantly reduced their incarceration rates without crime rates rising. There is strong scientific evidence for putting resources into crime prevention, early intervention (identifying and mitigating risk), and a smarter approach to rehabilitation and subsequent social inclusion for those already in the criminal-justice system – not for building more prisons.

To assist in such an approach, there must be adequate investment in piloting and evaluating early intervention and prevention initiatives. With leadership and knowledge, we can fundamentally transform the justice system, reduce victimisation and recidivism and make prisons only a part of a much more proactive and effective systemic response to a complex problem.

This is the first of two reports. The second report, which will be released within the next month, explores factors that are particularly relevant to youth offenders. 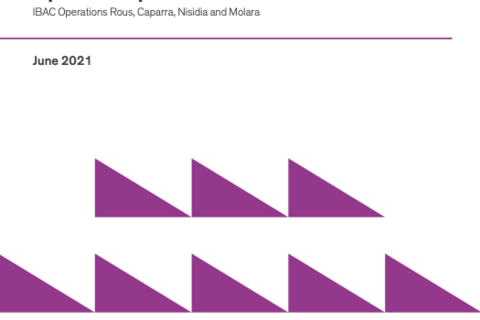