Museums and galleries in Britain: economic, social and creative impacts

This report was commissioned by the Museums, Libraries and Archives Council (MLA) and the National Museums Directors' Conference (NMDC) to provide an up-to-date analysis of a number of economic and social impacts of many of Britain?s major museums and galleries. There has been a growing recognition in recent years that these institutions play leading roles in encouraging civic development and economic regeneration within society. The Renaissance in the Regions policy, in particular, has made it possible for key regional museums to develop leadership and a voice for the major local government institutions. Recently developed leadership and wider functions are in addition to the traditional ones ascribed to museums and galleries over many years.

The institutions considered in this study include the larger museums and galleries funded by the Department for Culture, Media and Sport (DCMS), a number of equivalent institutions in Scotland and Wales and a group of larger regional museums. They represent a sub-set of the wider population of British museums and galleries. Their inclusion is determined by such factors as the scale of their budgets and visitor numbers. Availability of data was also a criterion.

A number of reports have in recent years been devoted to the question of data sources for culture and the arts, and the use to which they are put. There is no, single, consistent data source for British museums and galleries, still less for the wider arts and cultural sector. The reasons for this omission are often considered. Such reasons include the following:

(a) the fragmented and disparate nature of such institutions;

(b) the relative novelty of considering cultural activity (as opposed to, say, agriculture or manufacturing) as an economic sector in its own right; and

(c) the lack of a single statistical institution devoted to the sector in the way that, say, the Higher Education Statistics Agency collects numbers about universities.

The MLA has been the institution that has, more than any other, sought to bring consistency and rationality to this issue.

The numbers used here have been collected in a questionnaire sent out specifically for this exercise. They cover a number of major museums and galleries funded by the DCMS, the Scottish Executive, the Welsh Assembly Government and by local authorities.Between them, they represent a significant proportion of such activity in Britain, though there is no precise definitional ?edge? between those in and those outside of the study.

A willingness to take part and complete the questionnaire was an important qualification. There are no better or more comprehensive data sets, though there is always a risk of a slight lack of comparability, given the differences between institutions surveyed. There are also minor difficulties associated with changes in definition from year to year. However, the general order of magnitude of the statistics and observations based upon them are robust.

Arts and culture in Australia: a statistical overview, 2007

Guess who's going to the gallery 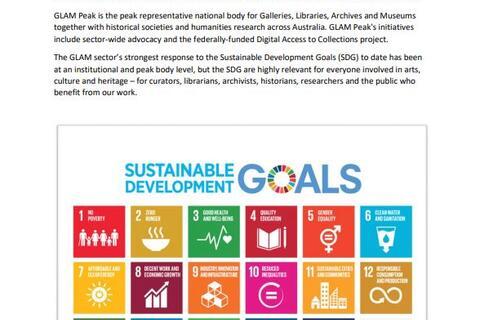 More than a museum? Understanding how small museums contribute to social capital in regional communities

Technologies of public culture: heritage encounters with photography, television and the web