Security of payments has been identified as an issue in the building and construction industry by many reviews and inquiries over the past 15 years.

Most recently, in December 2015 the Senate Economic References Committee Inquiry into Insolvency in the Australian Construction Industry (Senate Inquiry)1 found that vastly different security of payments laws operating in each jurisdiction were not working as well as intended and that there were barriers to access. The Committee also found that it is a fundamental right of anyone that performs work in accordance with a contract to be paid without delay for the work they have done.

The Terms of Reference for the Review are to:

• take into account any reviews and inquiries that have recently been conducted in relation to security of payments, including the December 2015 report by the Senate Economic References Committee on Insolvency in the Australian Construction Industry and the draft legislation developed by the 2003 Cole Royal Commission into the Building and Construction Industry

• consult with business, governments, unions and interested parties and the Security of Payments Working Group

• consider how to prevent various types of contractual clauses that restrict contractors in the construction industry from obtaining payments for work that has been completed.

In making recommendations, the Review is to consider other models including the model that operated in the Queensland jurisdiction prior to 2014.

The Review will seek to identify what measures can be taken to overcome the current fragmented nature of the security of payments laws and consider why subcontractors are either unwilling or reluctant to use the various security of payments legislation and avail themselves of their statutory rights.

The Review is to report back to the Australian Government no later than 31 December 2017 and include a range of recommendations to be considered by Government.

Tālanoa: A contribution to the occupational health and safety management of Pacific peoples in the construction industry?

The structure and organisation of housing production: a background paper and literature review 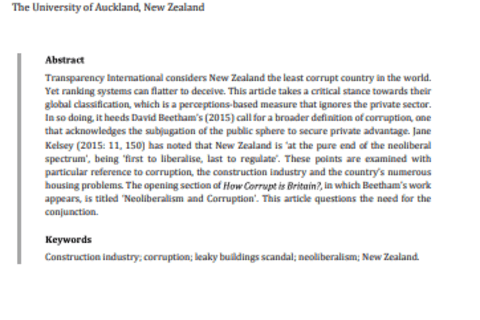 ‘Look no further than the exterior’: corruption and disaster in New Zealand? 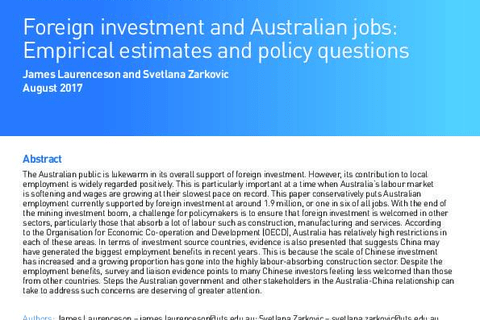