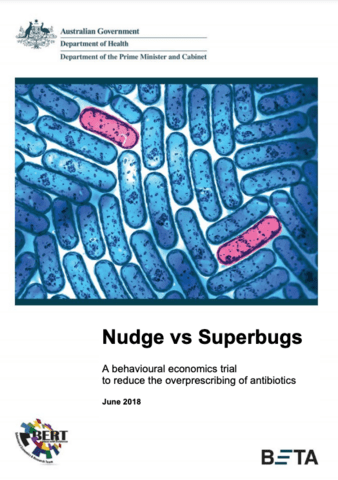 Nudge vs superbugs: a behavioural economics trial to reduce the overprescribing of antibiotics

Antimicrobial resistance (AMR) is one of the biggest threats to human health today. AMR occurs when microorganisms, such as bacteria, become resistant to an antimicrobial medicine, such as antibiotics. Resistant infections are more difficult to treat and, in some cases, untreatable. It can affect anyone, of any age, and in any country.

Australians use a lot of antibiotics and this increases the chance for bacteria to develop resistance to antibiotics.

Within Australia, General Practitioners (GPs) currently prescribe the greatest portion of antibiotics due to the types of illnesses seen and the large volumes of patients. This makes GPs important partners in efforts to minimise AMR by helping limit community prescribing to only those clinical situations where evidence shows antibiotics to be of proven value.

We applied behavioural insights to design letters sent by the Australian Government’s Chief Medical Officer (CMO) to high-prescribing GPs. In particular, we used peer comparison by comparing GPs’ prescribing rates with those of other GPs in their region.

We undertook a randomised controlled trial (RCT) involving 6,649 GPs to test the impact of our letters. Just as RCTs are regarded as the ‘gold standard’ for testing clinical interventions, they are increasingly being used to determine what works in public policy.

As part of our RCT, the CMO wrote to GPs whose prescribing rates were in the top 30 per cent for their region. The letters aimed to prompt GPs to reflect on whether there were opportunities to reduce prescribing where appropriate and safe. The letters were sent on 9 June 2017, just before the rapid increase in prescribing which occurs during the cold and flu season.

Enlisting the support of trusted sources to tackle policy problems: the case of antimicrobial resistance 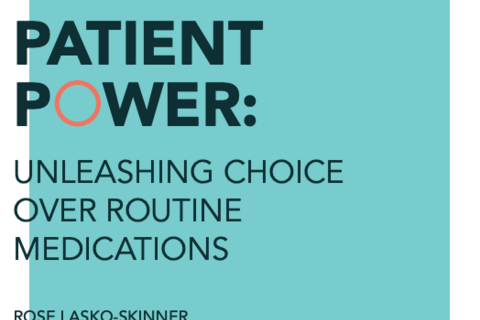