Having my voice heard

Discrimination law in Australia remains a relatively new area of legal protection with the first enactment, the Racial Discrimination Act 1975 (Cth) (RDA), occurring just over 40 years ago. It is, however, an increasingly expansive and complex area of law, with a proliferation of Commonwealth and State/Territory legislation since the enactment of the RDA. Discrimination processes have features which distinguish these protections from other legal rights. Particularly central to almost all discrimination processes is the paramount role conciliation processes play in resolving allegations of discrimination. These processes emphasise the importance of confidentiality and the need for parties to shape their own resolutions. While alternative dispute resolution (ADR) practices have proliferated and gained favour throughout the legal system in the past twenty years, primarily as an efficiency measure, conciliation has always been central to the resolution of discrimination complaints.

Because of the preeminent role of discrimination law in Australian human rights protection, KLC has maintained a specialist discrimination practice for its 37 years of existence. KLC provides free legal advice and representation to people affected by discrimination across NSW with a focus on providing intensive casework support and representation to disadvantaged people, including Aboriginal and Torres Strait Islander people, people with a disability, people who experience multiple disadvantages and people from culturally and linguistically diverse backgrounds. Alongside this individual client work, KLC also engages extensively in systemic issues affecting human rights and is actively involved in the monitoring and reporting of Australia’s international human rights obligations. KLC also advocates domestically for better protection of human rights and comments on laws and policies that infringe human rights and Australia’s international obligations.

In 2015, the year in which the data this report is based on was collected, KLC provided 250 advices on discrimination law, which made up over 13% of all legal advice the Centre provided. These covered a range of protected attributes (see Figure 1). KLC regularly advises on, and appears at, AHRC, ADB and FWC conciliations.

This Report draws on the significant experience of KLC in providing advice and representation to vulnerable people involved in discrimination conciliations. It grew from the reflections of KLC lawyers on the benefits and challenges of conciliation processes for vulnerable people. The Report also stemmed from a desire to consider the environments and processes which enhance the ability of vulnerable individuals to express the personal impact of discriminatory practices. Central to the Report are considerations of how practices, processes and procedures can enhance the resolution of human rights complaints, and how the efficacy and experience of conciliations can be improved for people who experience discrimination. 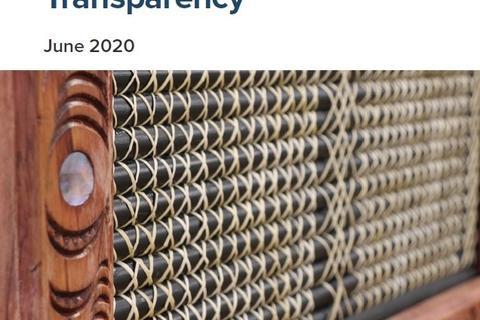 Opinions and experiences of unequal pay and pay transparency

10 ways employers can include Indigenous Australians

National anti-racism strategy and Racism. It stops with me: summary evaluation and future direction

Freedom from discrimination: report on the 40th anniversary of the Racial Discrimination Act

Mates over merit: the women in media report