Sea-level rise is already threatening some communities around the world, particularly small island states, as it exacerbates disasters resulting from storm surges and flooding.

If greenhouse gas emissions continue unabated, by 2100 the world could see sea-level rise of a metre – or even more if there is a larger contribution from the Antarctic ice sheet, as some recent findings suggest.

Even without a larger Antarctic response, the rate of rise at the end of the 21st century for unmitigated emissions is likely to be equivalent to the rate of rise during the last deglaciation of the Earth, when sea level rose at more than a metre per century for many millennia. For all scenarios, sea-level rise will continue for centuries to come.

Without significantly more effective mitigation than currently planned, the rise will ultimately be many metres, or even tens of metres – the question is not if there will be large rises, but how quickly they will happen. 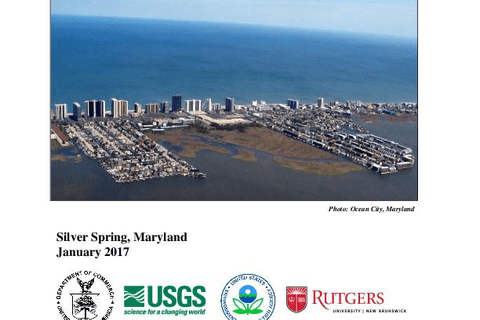 Fact Check: Is the Pacific island nation of Tuvalu growing, and not sinking, as Craig Kelly says?

A pressure release valve? Migration and climate change in Kiribati, Nauru and Tuvalu

Preventing disaster in the Pacific Islands: the battle against climate disruption