In August 2018, the Productivity Commission published a comprehensive research paper compiling the latest and most complete evidence measuring the prevalence of, and trends in, inequality, economic mobility and disadvantage across Australian society. One of the key findings from the Productivity Commission research was that sustained economic growth over the past 27 years has delivered significantly improved living standards for the average Australian in every income decile.

A key goal in the Productivity Commission report was to develop an evidence base on Australia’s performance on wealth distribution, income inequality and economic mobility and to better understand any potential factors that may be driving peoples’ perceptions of how they are faring in the current economy.

As noted in the Productivity Commission’s report, there have been a number of surveys that have been undertaken in the last year, including a survey conducted by the Committee for the Economic Development of Australia (CEDA) where the findings from these surveys indicated a disconnect between the sustained economic growth and perceptions of how well off people felt. The CEDA survey found that:

The Productivity Commission drew on a range of data sources to build their evidence base, including the longitudinal survey of Household Income and Labour Force Dynamics in Australia (HILDA). Their report looked at how individuals performed over time by identifying the movement of people through income deciles. They found that there was significant volatility in income patterns which they explained as being attributable to life-stage and life events:

“Life events — such as transitioning from education into work, career advancement, household formation, having children, divorce and retirement — underpin some of the observed trends in economic mobility. Typically, income rises during the working years, though this can be interrupted by childbearing and other life events, such as ill health. Similarly, Australians accumulate wealth in their middle years, and draw on this wealth in retirement when their earnings drop. These changes in income and wealth allow people to ‘smooth’ their consumption.”

To complete our study we drew on data from the Australian Census Longitudinal Dataset (ACLD). This dataset has 1.2 million linked data records covering the 2011 and the 2016 Census. We cross-tabulated personal income levels for the same individuals 5 years apart. The study identified that a very significant proportion of personal income earners had declining income over the period. 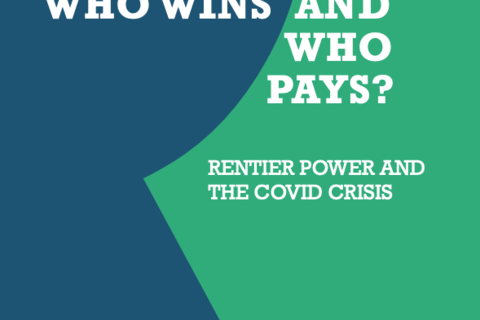 Who wins and who pays? Rentier power and the Covid crisis

The cost of privilege

Household incomes in New Zealand: trends in indicators of inequality and hardship 1982 to 2015

How to make Australia fairer