In March 2018, Australia21 held a national summit of 36 experts in drug treatment, drug law, community welfare and the social effects of drug use, to explore the ways drug policies and practices across Australia impact on our society.

The purpose of the day-long Roundtable meeting at Victoria’s Parliament House was to build on the conclusions of three previous high level Roundtable summits on Illicit drug policy that Australia21 had initiated since 2012.

All 36 participants were sent a discussion paper entitled “Can we impact positively on apparently intractable social problems through improved social policy to address the currently illegal drugs?” The paper argued that our current drug policy settings, with their heavy emphasis upon drug prohibition and drug law enforcement, produce harmful outcomes for people who use drugs, as well as their families and indeed, the broader community.

Problems associated with illicit drugs in our community are complex, multifactorial and interrelated, and there was firm consensus among the Roundtable group that some of these problems are more the result of our drug policies than the drugs themselves. The prohibition of specified drugs perversely promotes criminal markets, encourages the growth of prison populations and damages the lives of many Australian families. The group shared evidence of current drug laws directly and disproportionately harming people who are convicted for personal use and possession, as well as having many other adverse consequences for income security, housing, parenting, child protection, domestic and family violence, family breakdown, mental health, employment, crime, social welfare, recreation, road safety and the environment. They noted that drug offences are dealt with inconsistently, so Australians in some jurisdictions are more likely to be negatively impacted than others. The group also expressed overarching concerns about the diversion of scarce human and financial resources from managing health and social issues into drug law enforcement that is unproductive, wasteful and too often harmful. Ultimately, we all pay the price for policies that are poorly targeted and even counter-productive to harm reduction.

There is no magic bullet for solving problematic drug use, but there is a vast amount of strong evidence and international experience to support an approach which treats it primarily as a health and social issue and not as a criminal matter. The group noted the success of this approach in Portugal, with significant reductions in harms since its adoption in 2001. While recognising the different circumstances in the two countries, the group agreed that implementing a similar approach would be desirable for Australia, contributing to a more just, more harmonious, more inclusive and more compassionate society.

Alternatives to prohibition illicit drugs: how we can stop killing and criminalising young Australians

Taking a new line on drugs 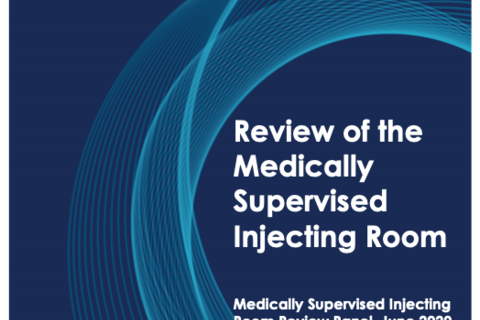 Can Australia respond to drugs more effectively and safely?