Wage theft is a vastly under-reported but widespread economic liability. The limited research on the practice, defined as “employers pocketing a portion of [workers] wages by undercutting minimum entitlements under Australian labour law” by Berg and Farbenblum (2017)ii has demonstrated how widespread wage theft really is, particularly in the form of the non-payment of superannuation, and the underpayment of regular wages to low-income workers, often temporary migrant workers.

However, to date, there have been few attempts to quantify the economic impact of wage theft in Australia, for two key reasons. First, wage theft has only entered the Australian policy lexicon in recent years. As this report highlights, media stories using the term ‘wage theft’ were almost never used until 2016, with hundreds of stories now appearing yearly. This lack of awareness and urgency surrounding the issue likely limited related research more broadly, which is observable in the lack of literature on wage theft’s economic impact in Australia. Secondly, quantifying wage theft is inherently challenging due to a lack of available data. Despite its obvious significance, there are only a handful of reliable data sets that shine some light on the nature of wage theft in Australia, and even those only tell part of the story as wage theft, by its very nature, often is unreported and therefore not recorded.

Accordingly, this report uses the available data to explore the potential economic impact of wage theft in Queensland under varying scenarios.

Part 1 of this report first describes what wage theft is and how it manifests itself in the Queensland economy. The primary forms of wage theft are the underpayment of regular wages, and the underpayment or non-payment of the superannuation guarantee. This can occur in numerous ways, including pressuring workers not to claim overtime or paid meal breaks, or simply not paying staff current award rates. The non-payment of superannuation is particularly prevalent as it is easier for employers to get away with and harder for workers to monitor and therefore report.

Part 2 then collates the best data on wage theft available in Queensland: the results of 34 Fair Work Ombudsman (FWO) audit campaigns in the state since 2009. The FWO is responsible for investigating incidences of underpayment across Australia. It acts on this responsibility by both investigating ‘tip-offs’ from workers, as well as conducting random audits on businesses across Australia. In the 34 audits the FWO has made in Queensland since 2009, it audited 6731 businesses. Through its audits, 28 per cent of businesses were non-compliant with either payment obligations or record keeping. The FWO also reimbursed 6958 workers a total of $2,489,791 at an average reimbursement of $358 per wage theft victim. While the FWO audits provide a vital insight into the non-compliance of Australian labour laws, Part 2 also describes how it has had its funding significantly reduced since 2013. While there were 28 FWO audit campaigns undertaken or completed in Queensland between 2009-2013, there have only been 6 that have been both commenced and concluded since. This reflects the lack of funding available to the FWO, which is thought to only have 38 inspectors on the ground in Queensland.

Part 4 of this report then examines the available data to determine how much superannuation is not paid to Queensland workers. Industry Super Australia estimated that over 580,000 Queenslanders are underpaid superannuation every year, at an average underpayment of $1915. This equates to more than $1.1 billion per year in unpaid superannuation, which will inevitably cause major economic headaches as those reliant on these forgone superannuation contributions draw down more on age pensions instead of their own retirement savings.

Part 5 looks at how these various economic costs impact Queensland’s economy more broadly. Conservative wage theft estimates would see consumer spending reduced in Queensland by more than $100 million per year, with at least $60 million in federally levied taxes being forgone in the state because of underpaid wages. And Part 6 briefly contextualises these damning statistics, demonstrating that wage theft is almost certainly costing Queensland more per year than other major economic liabilities, like road accidents, material theft of goods, and even the devastating Cyclone Yasi.

In concluding, this report reiterates an increasingly obvious reality: that wage theft is a serious problem, a major economic liability for individual workers, federal and state governments, and a manifestly unfair scourge that is widespread throughout Queensland and Australia, demanding serious policy intervention at both state and federal levels.

Superbad - wage theft and non-compliance of the Superannuation Guarantee 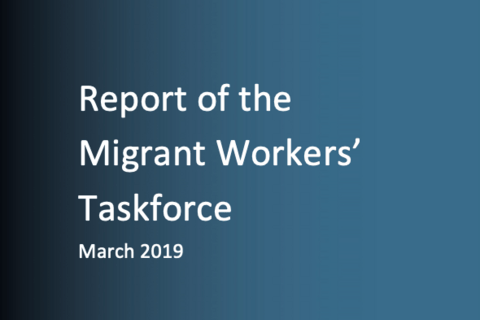 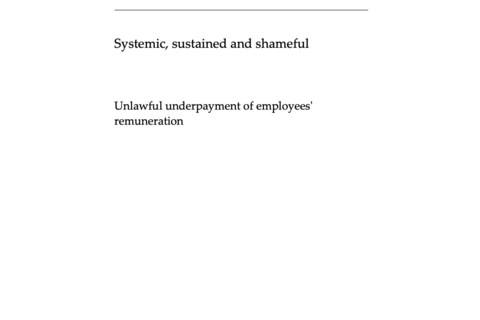 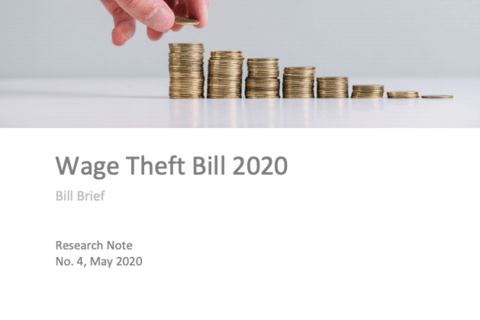