Sport on television: to siphon or not to siphon?

• Siphoning refers to the practice used by pay television broadcasters by which they appropriate, or ‘siphon off’ certain events that have been traditionally shown on free-to-air television so that viewers who do not subscribe to their services are unable to view those events.

• Pay television operators initially objected to the introduction of an anti siphoning list on the grounds that it would inhibit the development of pay television.

• The list has undergone considerable review since its introduction. This has resulted in some minor changes, but a list, per se, appears to be entrenched firmly as part of the media landscape in Australia.

• The diametrically opposing stances of these powerful interest groups have ensured that anti siphoning is not an issue that governments can ignore. At the same time, anti siphoning has proven an issue that governments, despite various efforts at compromise, have not been able to resolve to the total satisfaction of the broadcasters or other participants, including viewing audiences.

• This paper traces the history of the anti siphoning regime in Australia. It discusses its development and explores the arguments for and against its retention, both in past context and in relation to a current government inquiry into the relevance of the scheme in a changing 21st century media environment.

Fact Check: How many people in the world watch the Australian Formula One Grand Prix?

Clear signal of need for change to TV licence fees 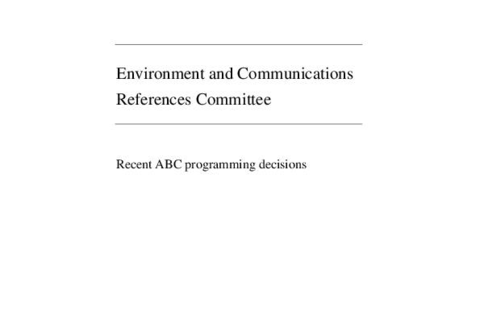