"I never realised they were so different": Understanding the impact of the Labia Library

Female genital cosmetic surgery was first described in 1976, and the first operations were undertaken in the mid-1980s. The term ‘designer vagina’ emerged in the popular vernacular to describe these procedures in the late 1990s and early 2000s (Women’s Health Victoria (WHV), 2013, p. 2).

In Australia and internationally, researchers have documented a significant and accelerating increase in female genital cosmetic surgery (FGCS) since the early 2000s.

Research published by Women’s Health Victoria (WHV) in 2013 found that the desire to be ‘normal’ was consistently reported by women as a reason for seeking cosmetic genital surgery. While their concerns about appearing abnormal suggested there was consensus on what constitutes normal genital appearance, these women were also unclear about what normal genitals actually look like (WHV, 2013, p 3).

The Labia Library houses a gallery of 40 unaltered photographs of female genitalia. This provides viewers with the opportunity to learn about the diversity of normal female genitalia and make visual comparisons, in a safe and private way. The site also contains information about anatomy, female genital cosmetic surgery, hair removal, media literacy and pornography.

Created in 2013 with support from the Victorian Women’s Trust, the Labia Library has been so successful that, as of September 2018, it has had nearly 6 million unique visitors from around the world, with an average of 3,000-5,000 people visiting the Labia Library every day.

In 2015, the Labia Library won the Victorian Public Healthcare Gold Award for Excellence in Women’s Health. It provides a compelling example of how a simple and relatively inexpensive online public health initiative can make a big impact. 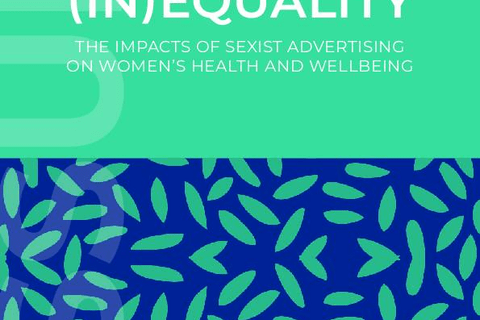 Advertising (in)equality: the impacts of sexist advertising on women’s health and wellbeing

Towards estimating the prevalence of female genital mutilation/cutting in Australia

The women’s health tech boom: how private is my period data?

Women in contact with the Sydney LGBTQ communities: report of the SWASH Lesbian, Bisexual and Queer Women’s Health Survey 2014, 2016, 2018