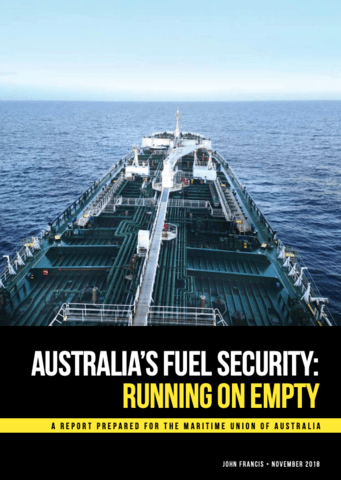 This report investigates the significance and the cost of an Australian owned, managed and crewed fleet of petroleum tankers to improve the security of Australia’s liquid fuel supply chains. In recent years, commentators have rightly focussed on geopolitical threats as the primary security concern, but this report argues that economic instability has the potential to disrupt petroleum supply and that this risk may be rapidly escalating in significance. The cost of addressing this risk is comparatively low: even carrying Australia’s entire import volume on a fleet of Australian tankers would cost less than one extra cent per litre.

The wisdom of Australia’s current ‘leave it to the market’ policies varies with the geopolitical and economic risks facing the country. In addition to growing tensions in the South China Sea through which a significant percentage of our petroleum products transit, economists are alarmed by the financial risks created by the debtdriven growth model of the world’s major economies.

The International Monetary Fund warns that the world is at risk of another financial meltdown as a result of global debt levels being well above those at 2008 levels and the failure of governments and regulators to implement the reforms necessary to protect the financial system from reckless behaviour. Senior executives from the Bank for International Settlements warn that the ‘unprecedented asset price bubble nengineered by G7 central banks is a ticking time-bomb that is ready to burst after seven years of near zero interest rates and speculative excesses in bonds, stocks and real estate.’

Many commentators consider that a financial crisis will occur eventually and some anticipate that it will be far bigger than the 2008 crisis. Furthermore, a banking liquidity crisis in any of the G7 economies can be expected to generate a cascading effect with global consequences for the international shipping market.

Air Vice-Marshal John Blackburn RAAF (Ret’d) has expressed concern that Australia’s international and coastal CPP supply chains have not been the subject of a comprehensive, independent security assessment. Instead, Blackburn notes: ‘we need to apply the national security framework and analytical methods that we have applied to our nation’s defence forces to areas of risk such as energy security, that are critical to our national security.’

According to Blackburn, a thorough risk assessment should investigate the potential impact of geopolitical and economic disruption across all major elements of the national and regional petroleum supply chain, including ownership, management and crewing of tankers. The Maritime Union points out that unlike Australian seafarers, foreign crews have no background checks yet they are carrying petroleum products, ammonium nitrate and LNG around the Australian coast and close to the middle of major population centres.

Blackburn recommends, inter alia, that we should decide whether we want a proportion of our liquid fuel supply to be secure: if so, how much and for what purpose? We then need to determine the optimal way of achieving this level of security, considering both demand and supply related initiatives. A satisfactory investigation into these issues should, in Blackburn’s view, encourage Australia to move petroleum supply chain arrangements from the current ‘just in time’ to a ‘just in case’ structure. 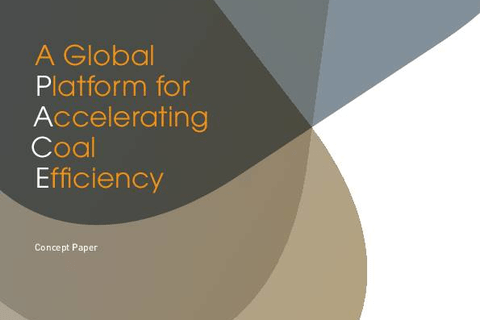