Numbers are being crunched. Liberal Party heavyweights are making phone calls, twisting arms and calling in favours. Candidate are being shopped around, speeches are being made, voters are being lobbied. No, it’s not another leadership coup in Canberra; it’s a preselection battle, taking place right now, in the inner Melbourne seat of Higgins.

Preselection contests mostly occur out of the glare of the media — though every now and then an exception proves the rule. From what little we know about this one, there is no anointed candidate lined up to walk into the spot. Former state MPs and candidates, ministerial chiefs of staff, party apparatchiks and rank-and-file members are all having a whack. It looks to be an open contest, and one that could get rough if previous Higgins preselections are anything to go by.

Higgins has been subject of fierce contestation and challenge for a generation and more. There’s no mystery about why: it’s seen as a “leadership seat” for the Liberals. Since the boundaries were first drawn in 1949, the Member for Higgins has been regarded as a future leader, or, indeed, has immediately become leader of the Liberal party room in Canberra. A very safe conservative seat covering Melbourne’s wealthy inner suburbs — your Tooraks, your South Yarras, your Armadales and Malverns — Higgins gave its representative ample time for climbing the greasy poll in Canberra, time that might otherwise have needed to be spent in Bunnings car parks and bowls club AGMs working a more marginal constituency with an eye to the next election. It has allowed the Member for Higgins to be a high-ranking minster, twice treasurer, twice prime minister. By definition, it seems, this MP is destined for glory.

And yet Higgins has never quite produced the long-serving, transformative leader that might be expected of it. Members for Higgins have not quite made it to enduring greatness. Their leaderships have been cut short, or they have never got there in the first place; never quite assumed the leadership, and never quite succeeded in remaking the Liberal Party in their image, as other leaders — Menzies, Fraser, Howard — have. The Member for Higgins seems at once to have enormous potential and to never quite meet it. It is the Curse of Higgins.

Compare the pair: key policy offerings from Labor and the Coalition in the 2019 federal election 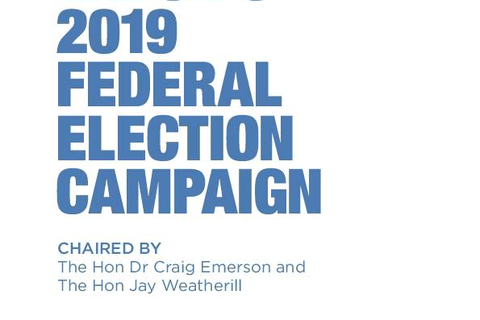 Does the economy trump all else?

Your income tax questions answered in three easy charts: Labor and Coalition proposals side by side

Fork in the road: the impact of the two major parties’ penalty rate policies in the 2019 federal election

Australian election 2019: Where the parties stand

How the major parties’ Indigenous health election commitments stack up