Credit and hardship: report of the Senate inquiry into credit and financial products targeted at Australians at risk of financial hardship

This inquiry occurred against the backdrop of the Royal Commission into Misconduct in the Banking, Superannuation and Financial Services Industry. The matters were referred to the committee in October of last year while the Banking Royal Commission was conducting public hearings, and we are now reporting shortly after the Commissioner, the Hon. Kenneth Hayne AC QC, has delivered his final report.

The Banking Royal Commission provided a long overdue forum for the public and policy makers to hear what had gone wrong in Australia’s mainstream financial sector, and the impact that misconduct had on ordinary people’s lives.

However, it only considered some of the ways in which ordinary Australians interact with financial products. The Banking Royal Commission did not contemplate marginal credit service providers such as payday lenders, consumer leases, and debt advice firms. Although many Australians do not interact with these products, they loom large in the financial lives of lower income Australians and dominate the casework of financial counsellors and credit lawyers.

This inquiry aimed to address this gap. There are obviously differences between the resources, time and powers available to a royal commission and a Senate inquiry. Nonetheless, this inquiry provided an opportunity to shine a light on the conduct of those who target credit products and services at Australians who are at risk of financial hardship.

Throughout the course of this inquiry the committee has been conscious that the financial products it examined are not all alike. Like all financial products, they exist on a spectrum of risk and potential harm. The business models (and business practices) of different providers also differ considerably. Some products, such as consumer leases and payday loans, are clearly targeted at low income Australians who do not have access to other credit products. The evidence before this committee (as well as the public record of regulatory actions) shows that there are real issues with the business models and business practices of providers in this sector. That is plainly different from the risk posed by other providers, such as those in the buy now pay later sector, whose products are marketed to a much broader range of Australians.

Regulatory framework for the protection of consumers in the banking, insurance and financial services sector 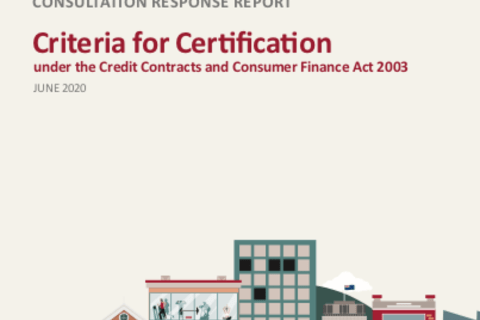