In recent years the avocado has acquired a mythical status in what passes for the public debate about Australia’s young people: it is a popular motif that has come to represent the alleged excesses of an emerging generation. Young people, according to this line of prosecution by stereotype, are entitled, pampered by parents and overindulging – to their detriment – in their usage of both social media and various permutations of an overpriced brunch food item.

More than a decade after the global financial crisis, the national youth unemployment rate remains stubbornly high at 11.2 per cent (December 2018). Although now below the post-GFC peak of 14.1 per cent in November 2014, youth unemployment today is mired at levels similar to those observed in the early 2000s.

Across Australia, this translates to a quarter of a million young people who remain unemployed. In the Queensland Outback region, a perennial recent hotspot, a quarter of young people in the regional labour force remain unemployed. And, as this analysis reveals, the tale of two Australias persists, with regional and outer suburban locations bearing the heaviest burden of the youth unemployment challenge.

In reality, Australia’s 15 to 24 year olds are making a highly sensitive transition to adulthood while, as a nation, we are navigating a period of testing social and economic change as a result of interconnected challenges posed by globalisation, technology, climate change and demographic change. While the modern economy presents new opportunities for jobseekers, it poses particular risks for young people, who often have little or no work experience. Young people without training opportunities or higher educational qualifications face a double jeopardy. 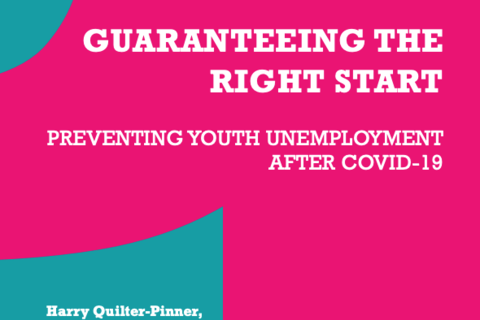 Evaluating the Cashless Debit Card: how will it solve poverty and unemployment?

Jobless and distressed: the disproportionate effects of COVID-19 on young Australians