In December 2015, the Commission adopted a Circular Economy Action Plan to give a new boost to jobs, growth and investment and to develop a carbon neutral, resource-efficient and competitive economy. The 54 actions under the action plan have now been completed or are being implemented, even if work on some will continue beyond 2019.

The EU Monitoring Framework for the Circular Economy shows that the transition has helped put the EU back on a path of job creation. In 2016, sectors relevant to the circular economy employed more than four million workers, a 6% increase compared to 2012. Additional jobs are bound to be created in the coming years in order to meet the expected demand generated by fully functioning markets for secondary raw materials.

Circularity has also opened up new business opportunities, given rise to new business models and developed new markets, domestically and outside the EU. In 2016, circular activities such as repair, reuse or recycling generated almost €147 billion in value added while standing for around €17.5 billion worth of investments.

In Europe, recycling of municipal waste during the period 2008-2016 has increased and the contribution of recycled materials to the overall materials demand shows continuous improvement. However, on average, recycled materials only meet less than 12% of the EU demand for material. This is echoed by a recent stakeholder report suggesting that full circularity would apply to only 9% of the world economy, leaving vast areas for improvement.

The action plan promoted for the first time a systemic approach across entire value chains. With it, the Commission has mainstreamed circular principles into plastic production and consumption, water management, food systems and the management of specific waste streams. This was made possible by strong support and engagement of Member States, the European Parliament, the business community and citizens. It has also contributed to moving towards the achievement of the 2030 Agenda for Sustainable Development.

This report presents the main results of implementing the action plan. It also sketches out future challenges to shaping our economy and continuing to create a competitive advantage, paving the way towards a climate-neutral economy where pressure on natural and freshwater resources as well as ecosystems is minimised. The report comes in response to a request of the Council for "an annual written update on the progress made on the implementation of the action plan", a request also echoed by the European Parliament. A full state of play of the action plan implementation is presented in an accompanying Staff Working Document (SWD). 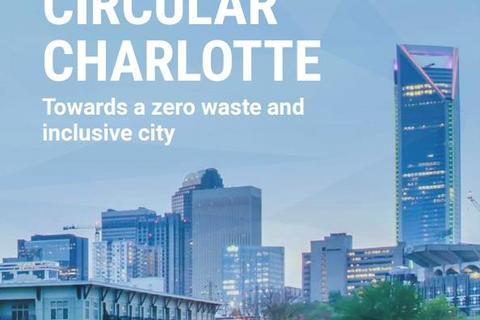 Circular Charlotte: Towards a zero waste and inclusive city

A new circular vision for electronics: time for a global reboot

Too good to waste: discussion paper on a circular economy approach for NSW

The circular economy: an explainer