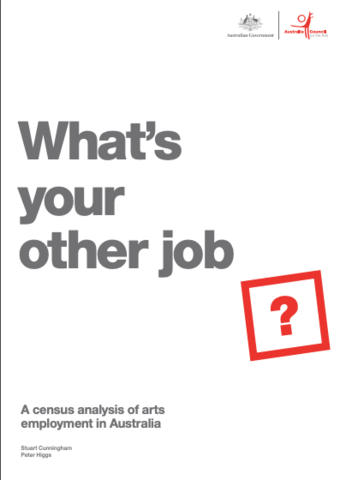 What's your other job?

What does the Australian census tell us about how artists earn their living?

Comparatively speaking, today we live in a statistical paradise, with local and global data on just about any aspect of the production, distribution and consumption of culture. The data capture, mining and coordinating happening through online repositories has accelerated this trend in the last few years. However, researchers, cultural agencies and policy makers remain unsatisfied with the way in which cultural activity gets counted in official sources of statistics (from national census, trade figures, or labour force surveys). The arts, cultural and creative industries and occupations do not easily fit the categories.

Certain industries and occupations are relatively new. Created in the digital age, they don’t appear in what are long-established, slowly-evolving data categories, most of which were created to conform to the industrial age, and even have pre-industrial origins. Additionally, many arts-based cultural and creative occupations are found beyond their ‘home’ industry. This includes arts therapists working in the health industry. Or musicians employed by the army. Or visual designers and media communicators working in the publicity, marketing and design areas of firms in any sector of the economy.

How can we say something meaningful about all these different types of cultural practices and enterprises? We might undertake custom-built surveys, and much good research – often commissioned by the Australia Council for the Arts – has been done along these lines. However, these usually produce findings based on a small sample size, when compared to the whole populations working in and beyond the arts, cultural and creative industries. If we want data that covers this throng, then the official national statistics are the essential and authoritative source. And yet, we are back to our earlier problem of research being imprecise and out of date.

At the ARC Centre of Excellence for Creative Industries and Innovation (CCI), we have worked on a way to address this which we call the ‘creative trident’ method. The metaphor of the trident is used because it points to three parts of an employment ‘quadrant’ composed of a four-part occupation and industry matrix. This matrix shows the total of creative occupations within the core creative industries (specialist creatives), the creative occupations employed in other industries (embedded creatives), plus the other occupations employed in creative industries which are often responsible for managing, accounting for and technically supporting creative activity (support workers).

The method charts a middle path between the narrow industry-only optic of some traditional approaches (which miss the embedded creatives and often the support personnel) and the broad horizons of categories like Richard Florida’s ‘creative class’ (which covers most of the white collar and no collar workforce). A further strength of this method is that it can handle, with a useful degree of specificity, whole-of-economy data sources such as the national census. 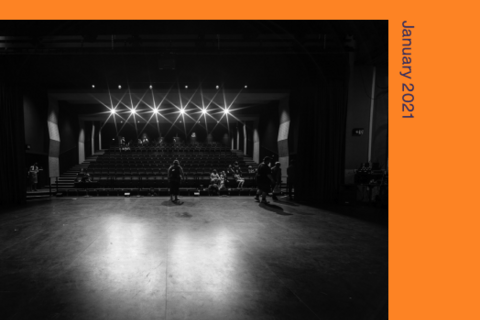 COVID-19 was an unexpected intermission for creative arts workers in Victoria: but what happens next? A research snapshot 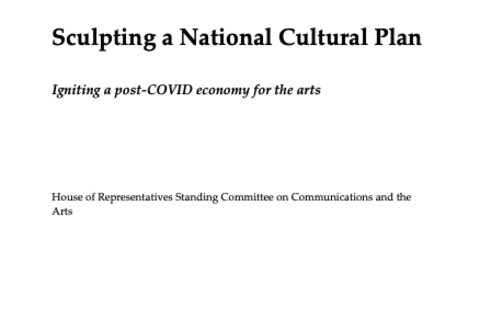 Creativity at the crossroads? The creative industries in Western Australia 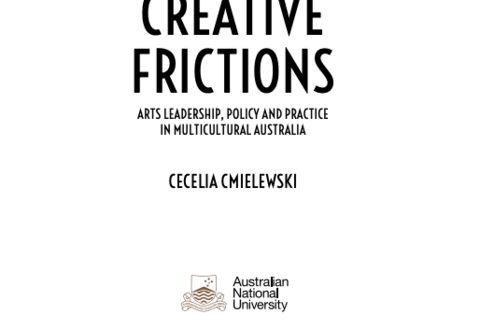 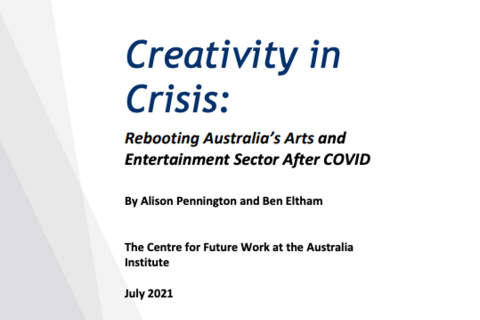 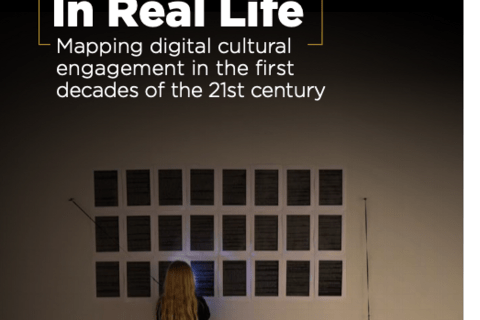 In real life: mapping digital cultural engagement in the first decades of the 21st Century 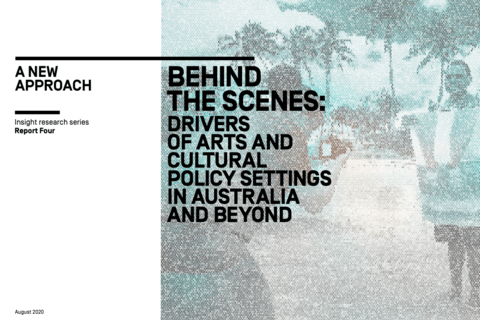 Behind the scenes: drivers of arts and cultural policy settings in Australia and beyond 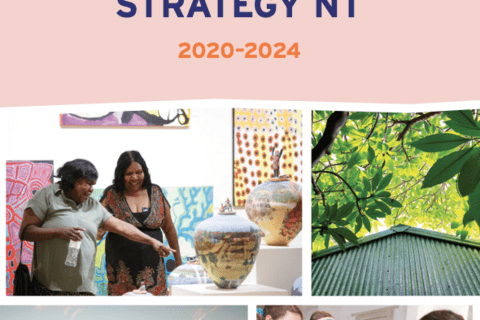