Under pressure: the squeezed middle class

This report says that the middle class has shrunk in most OECD countries as it has become more difficult for younger generations to make it to the middle class, defined as earning between 75% and 200% of the median national income. While almost 70% of baby boomers were part of middle-income households in their twenties, only 60% of millennials are today.

The economic influence of the middle class has also dropped sharply. Across the OECD area, except for a few countries, middle incomes are barely higher today than they were ten years ago, increasing by just 0.3% per year, a third less than the average income of the richest 10%.

Middle-class households feel left behind and have questioned the benefits of economic globalisation. In many OECD countries, middle incomes have grown less than the average and in some they have not grown at all. Technology has automated several middle-skilled jobs that used to be carried out by middle-class workers a few decades ago. The costs of some goods and services such as housing, which are essential for a middle-class lifestyle, have risen faster than earnings and overall inflation. Faced with this, middle classes have reduced their ability to save and in some cases have fallen into debt.

This report sheds light on the multiple pressures on the middle class. It analyses the trends of middle-income households through dimensions such as labour occupation, consumption, wealth and debt, as well as perceptions and social attitudes. It also discusses policy initiatives to address the concerns raised by the middle class, by protecting middle-class living standards and financial security in the face of economic challenges.

Inequality in Australia: an economic, social and political disaster 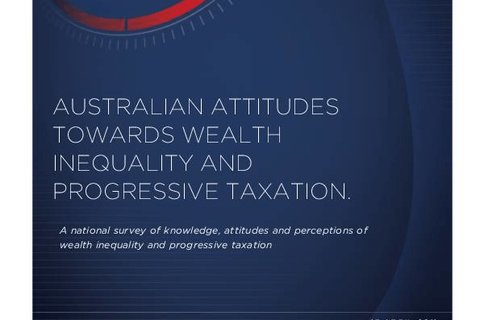 Australian attitudes towards wealth, inequality and the minimum wage

Comparison of salaries of medical specialists: Australia and New Zealand

The wages crisis in Australia

The importance of penalty rates to our health workforce