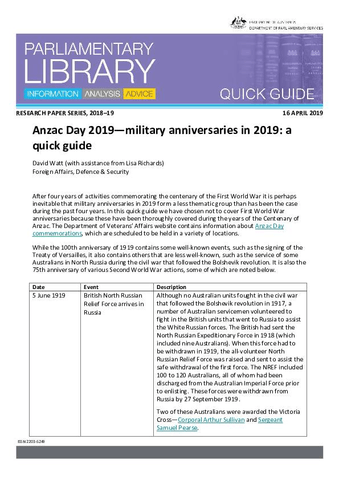 After four years of activities commemorating the centenary of the First World War it is perhaps inevitable that military anniversaries in 2019 form a less thematic group than has been the case during the past four years. In this quick guide, the authors have chosen not to cover First World War anniversaries because these have been thoroughly covered during the years of the Centenary of Anzac.

While the 100th anniversary of 1919 contains some well-known events, such as the signing of the Treaty of Versailles, it also contains others that are less well-known, such as the service of some Australians in North Russia during the civil war that followed the Bolshevik revolution. It is also the 75th anniversary of various Second World War actions, some of which are noted in this guide. 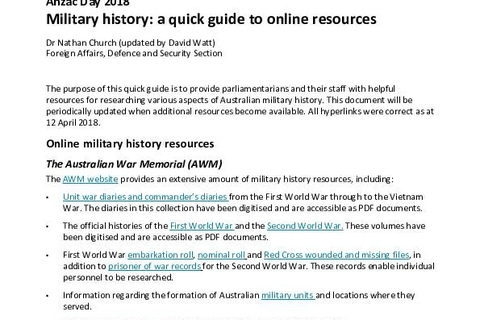 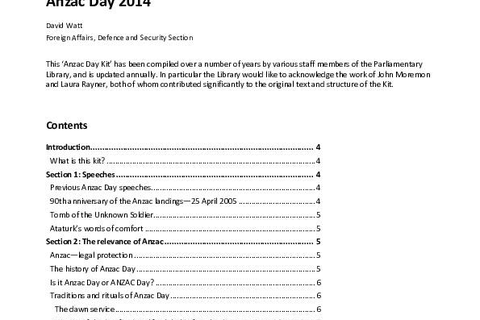 Should we change the date of Australia Day?

Battle over a war

A day at Waitangi, and at the beach