This project improves our understanding of why and how public housing tenants (and in particular sole parents and women with unemployed partners) are able to (re-)enter paid work despite the many barriers.

Improving rates of participation in paid work is a key objective of economic and social policy in Australia and other western countries. The projected ageing of the population resulting in a reduction in the ratio of people in paid work to those outside of the workforce is a central concern of economic policy. In the social policy context, successive federal governments since the late 1980s have recognised that being unemployed, or not in the labour force, is associated not only with poor material circumstances but also with many other manifestations of socio-economic disadvantage. Further, such disadvantage may be transmitted across generations and be concentrated in particular places, raising additional concerns. For these reasons, economic and social policies have been directed at moving unemployed people and subsequently working-age people outside of the labour force, many of whom are women, into paid work. A variety of concepts have underpinned the policies of successive federal governments in this area, including active labour market policies, reducing welfare dependency, mutual obligation and, most recently, promoting social inclusion.

Within this broader context, housing policy settings since the late 1990s have made more explicit the linkages between rental housing assistance and social and economic participation. The 2009 National Affordable Housing Agreement (NAHA), which provides the current framework for national housing policies, refers to the role of housing assistance in enabling economic and social participation. Of particular concern has been that rates of employment among people living in public housing are very low compared to Australians living in other housing circumstances. Consistent with welfare reform and social inclusion strategies in Australia, the NAHA seeks to create incentives for public housing tenants to take up employment and to create mixed communities that promote social and economic opportunities.

There is a growing body of research evidence about public housing and employment in Australia to inform discussion of these policies. In particular, the work of AHURI’s National Research Venture on Housing Assistance and Economic Participation (NRV1) has developed an understanding of the sometimes complex issues involved. This work suggests that rates of employment of women living in public housing are particularly low in the context of increases in female participation rates over the last two decades. It appears that women face particular obstacles in moving into paid work, not all of which are observable from secondary data, but that a quarter of such women work despite these obstacles.

How does living in public housing affect women's employment?

Labour force participation of women over 45

Women in the workforce: by industry

The best of every woman: an overview of approaches for philanthropic investment in Aboriginal women and girls 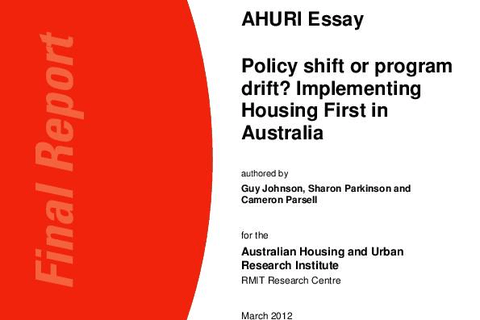 The relationship between transport and disadvantage in Australia