Young Australians’ attitudes to violence against women and gender equality

The National Community Attitudes towards Violence against Women Survey (NCAS) is a periodic telephone survey of a representative sample. In 2017 more than 17,500 Australians aged 16 years and over were surveyed about their:

The NCAS is one of the main mechanisms for measuring progress against the six National Outcomes outlined in the National Plan (COAG, 2011), another is the PSS (ABS, 2017b). Previous waves of the NCAS were conducted in 1995, 2009 and 2013.

Young people as agents of change in preventing violence against women 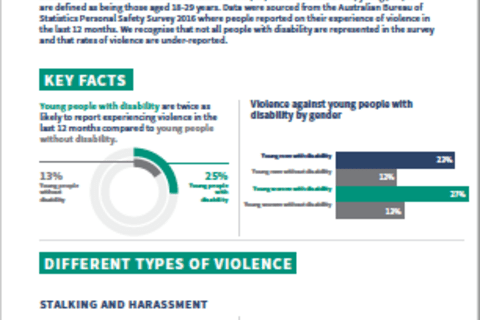 Violence against young people with disability in Australia