From 2016, the Graduate Outcomes Survey (GOS) replaces the Australian Graduate Survey (AGS) and its associated suite of surveys and publications previously administered by Graduate Careers Australia.

The 2016 GOS was primarily conducted as a national online survey among 96 higher education institutions including all 40 Table A and B universities and 56 Non-University Higher Education Institutions. A total of 104,208 valid survey responses were collected across all study levels, representing a response rate of 39.7 per cent. 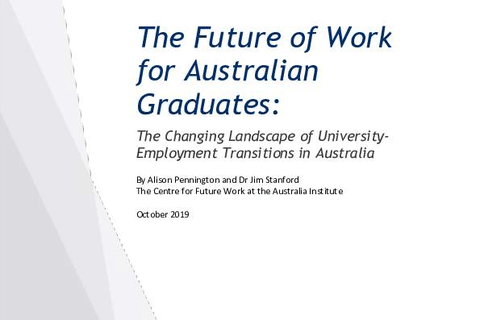 Aligning student outcomes with the future of work environment