This block is broken or missing. You may be missing content or you might need to enable the original module.
Report

There are cultural costs and benefits associated with where one chooses to live in Australia.

City living, for example, offers proximity to a greater range of cultural opportunities but carries higher costs of living than in a smaller town. Better access and variety is traded off against higher prices. The Cultural Consumption Price Index (CCPI) is an attempt to quantify this trade-­‐off for a representative household by estimating the full cost of a weighted basket of standardized cultural goods and services. The objective of this paper is to do so by providing a measure of how real costs of cultural consumption vary by geographic location in Australia. We estimate the CCPI over 30 post-­‐code defined Australian locations, ranging from inner city metro regions to outback communities. The CCPI climbs, at first slowly but then quickly, as cultural consumption is undertaken further and further away from its lowest point in the metro urban conglomerates of Western and South Australia, rising along the east coast and spreading inland. The highest prices of cultural consumption are in the remote centre and north of Australia.

We propose a method to construct a price index of cultural consumption in geographic space. The index – the CCPI – is calculated from a standardised cultural consumption basket purchased by a representative consumer over 30 locations in Australia, using 2010 price data. We use a full cost method (direct plus indirect cost) to estimate the index value of the cultural consumption basket. This method highlights the extent that price differences by Australian location are accounted for by larger indirect costs (particularly travel) in consumption. The CCPI thus offers an empirical estimate of variation in the real cost of cultural consumption throughout Australia, based on existing investments and technologies with uniform preference. This will be of potential interest to regional policy, public infrastructure investment, and cultural policy, as well as informing decisions about regional migration and entrepreneurial opportunity. We find that the smaller cities of Perth and Adelaide have the lowest index value, with the larger cities of Sydney and Melbourne next, and with regional centres having index values that range between 20 percent and 100 percent higher, and remote towns scoring index values considerably higher again. We then recalculate the index based on non-­‐linear per capita scaling. This shifts the index away from major cities and toward evidently productive smaller cultural centres including Byron Bay and Freemantle. Further refinements of the index are suggested and some policy implications are outlined. 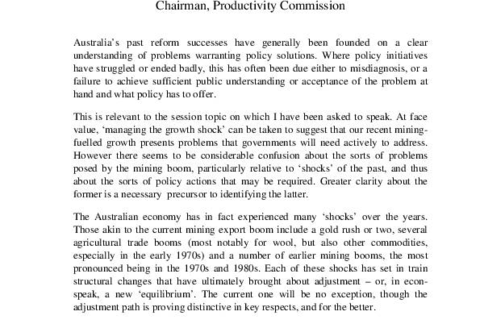 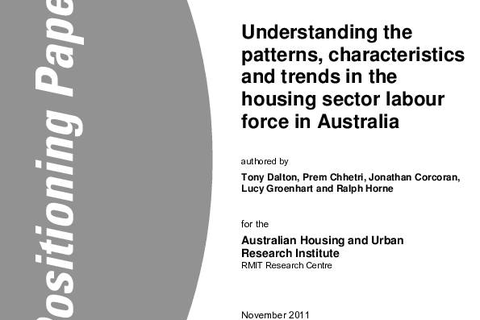 Understanding the patterns, characteristics and trends in the housing sector labour force in Australia