The Royal Commission into the Management of Police Informants was established after revelations that former barrister, Ms Nicola Gobbo, covertly provided information to Victoria Police about the criminal activities of people who had engaged her as their lawyer. These actions resulted in the convictions of several individuals being called into question, with the High Court of Australia observing that their prosecution ‘was corrupted in a manner which debased fundamental premises of the criminal justice system.’

The Commission is undertaking a mammoth, Janus-like task. It must unravel a complicated web of relationships, conduct and consequences dating back to the early 1990s. It must also examine present practices, and then look to the future to consider best practice reforms that ensure any past shortcomings are not repeated.

In addition to the duties owed to clients, lawyers have duties to the court and the administration of justice, which oblige them not to mislead the court or other legal practitioners.

Police perform an essential public service in detecting and investigating crime and protecting the community. They must, however, exercise their considerable power and authority according to the law they are sworn to uphold, even when under extreme pressure to solve crimes. They are not above the law; nor are they above scrutiny.

If criminal investigations or prosecutions are so compromised that an accused is denied fundamental rights, the consequences are serious. Convictions may be overturned and alleged offenders set free, causing victims distress and community concern. The time and effort expended, and paid for by the taxpayer, may be for nothing. If new trials are granted, victims may be forced to endure further proceedings long after the alleged offences occurred. Public trust in the criminal justice system is likely to be diminished.

It follows that the Commission’s work is significant not only to the individuals whose cases may have been affected by the use of Ms Gobbo as a human source. The inquiry has much broader significance in preserving the integrity of the criminal justice system and community confidence in that system.

The scope of the Commission’s inquiry has expanded exponentially. It was originally understood that Ms Gobbo acted as a human source for five years, between 2005 and 2009. Victoria Police disclosures in early 2019 mean that the Commission must now scrutinise an 18-year period of interaction between police and Ms Gobbo. 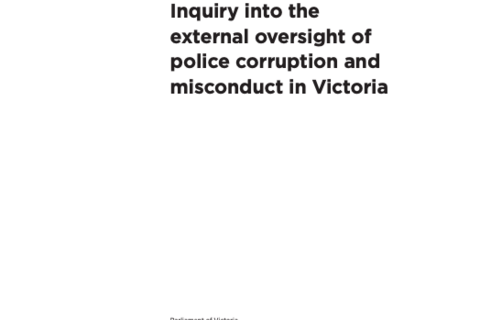 Unauthorised access and disclosure of information held by Victoria Police