In the past decade, the Kremlin has spent significant resources to spread disinformation and disrupt the elections and decision-making processes of its perceived enemies, including in Europe and North America. Perhaps the most well-known attempt took place during the lead-up to the US presidential election in 2016. There have been a number of other occasions of suspected Russian electoral interference, including in the Netherlands’ referendum on the EU-Ukraine trade deal in 2016, the UK’s referendum on Brexit in 2016, and France’s presidential election in 2017, among others.

For this reason, it seems prudent to expect an increase in Russian-directed and sponsored attacks in the near future, especially as the electorate in many countries in Europe and North America, including Canada and United States, are going to the polls over the next few years. Democracies around the world, including Canada’s, will be in peril if countermeasures remain static. We must invest in countering Russian disinformation now to boost our immunity and resilience against it.

This report draws upon the experiences of other Western states that have faced active threats from Russian disinformation and the disruption of their democratic processes. Using the insights from these case studies – including Sweden, the three Baltic states, France, and Germany – the report outlines tools that Canada can use to protect its elections and the democratic processes that underpin them.

In the upcoming 2019 federal election, Canadians should expect that narratives that threaten to divide Canadians on both the right and left – such as those that promote anti-immigration, anti-globalism, and anti-pipeline – will intensify. The Kremlin is not the exclusive source of threat; Iran and China have also been identified as threats. Regardless of the regime, proxy groups that are organized to sow mischief and promote pro-regime positions represent a serious threat to our democratic processes.

Fortunately, Canadian authorities are well aware of the threat posed by Russian disinformation. The Canadian Security Establishment confirmed that the 2015 election was targeted by digital foreign interference. And Ottawa announced several major initiatives to counter foreign disinformation in January 2019. Many of these measures can be commended. Indeed, former Estonian President Toomas Hendrik Ilves, who is also a commissioner with the Transatlantic Commission for Election Integrity, has stated that Canada is in many ways leading the effort to address foreign disinformation. Yet, as he himself has acknowledged, when it comes to Canada’s efforts, we are “still not doing enough,” underscoring the depth of the challenge.

Ultimately, a well informed and educated public, media, and government will provide the most resilient form of defence against foreign malign influence and disinformation campaigns. The public should be given the necessary tools to enhance their ability to consume media with a critical eye, to check facts, and question the platforms that promote and amplify foreign disinformation and false narratives that are aimed at manipulating our views and undermining the stability of our democracy and society. 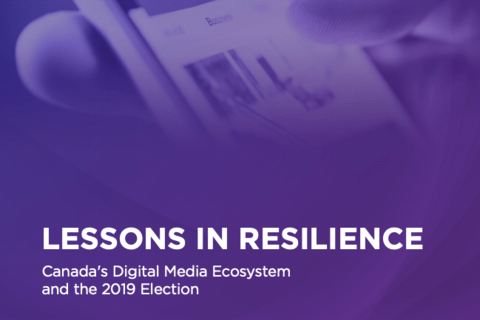 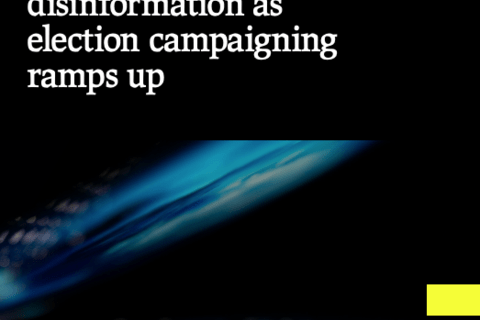