Asia and the Pacific’s unrelenting industrial development has been a driving force in the economic growth of scores of countries in the region and beyond. This shift has led to greater prosperity, increased urbanization and sustained population growth. Yet as the region has become the “world’s factory”, it is increasingly realizing not only the benefits but the challenges of industrial development. These challenges are often environmental in nature. The 6th Global Environment Outlook, showed us that sustainable development was at risk from a number of factors. This report, a special product of GEO-6, further examines how these environmental problems are caused - and can be addressed - by the region’s rapid industrialization.

The first section of the report deals with the traditional state and trends examination that is expected in a GEO report, covering the impacts of industrialisation on climate change, air, water and biodiversity, but with a greater emphasis on emerging issues rather than historical trends. Industrialisation is treated sufficiently broadly to cover not only the manufacturing and energy sectors but also intensive agriculture, such as pig and poultry farming that have major impacts on the environment.

The chapter on climate change (Chapter 1) focuses on industrial energy efficiency as a critical pathway to reducing greenhouse gas emissions. Much of the current debate around climate change centres around mitigation through the promotion of renewable energy, whereas energy efficiency may be a low-hanging fruit for industry, with quick pay-back returns.

The chapter on air quality (Chapter 2) discusses the recent re-emergence of air pollution concerns. It also suggests that policymakers in the region will need to target multiple pollutants and multiple sources to address these concerns. This includes several sources that are not considered major contributors to air pollution such as waste and manure management. This chapter investigates whether the arrangements that are in place in Asia and the Pacific are adequate to address these pollutants or if are they being allowed to pass below the radar.

The twin issues of water scarcity and water quality are addressed in Chapter 3, with particular attention to groundwater depletion, emerging interest in fracking, industrial contamination of surface and groundwater, nutrient pollution from intensive agriculture and aquaculture, and low concentration contaminants that often escape wastewater treatment and ambient monitoring programmes. Different policy options for closing the gap between established measures and expected national targets on water quality and quantity are examined.

Chapter 4 examines how industrialisation contributes directly and indirectly to the loss of biodiversity – directly through the demand for resources from biodiverse regions and indirectly through emerging outputs of the industrial system such as genetically modified organisms. The use of clustered regularly interspaced short palindromic repeats (CRISPR) as a tool to manipulate DNA and the potential for the release of genetically enhanced food and animal products is addressed as a double-edged sword, having both the potential for great benefits and harm. The social and environmental impacts of these “enhanced” species and the need for new policy responses are examined as potential “sleeping” issues in the Asia-Pacific region.

The second section of the report addresses some emerging pollutants from industry that need to be addressed in the immediate future. While these may currently not be the highest priority issues, they have potential to become major problems that will be quite difficult to solve. It is therefore important for policy makers to be aware of these emerging issues and make the necessary preparations for dealing with them before they develop into major environmental challenges.

Chapter 5 on electronic waste deals with a higher profile issue, and one which has regional implications since several countries are banning the importation of e-wastes. It also addresses the challenges of the 3Rs (reduce, reuse, recycle) in the face of consumer trends that demand the latest electronic products, well before usability of older products expires. An emerging issue that will require attention of policy makers in the near future is the burgeoning amount of used solar panels and batteries that are becoming increasingly difficult to recycle.

Chapter 6 extends the current concern over plastic pollution to the pervasive release of microplastics into marine and freshwater environments and the possibility that these tiny plastic particles could transfer toxic chemicals to fish and other aquatic organisms and ultimately to humans. The related issue of nanomaterials is also addressed briefly in this chapter, along with recommended policy options.

The final technical chapter (Chapter 7) examines the emerging environmental problems associated with pharmaceuticals, antibiotics and personal care products that are being detected in low concentrations in aquatic environments and drinking water, and can have adverse impacts on biota and potentially on human health. The excessive use of antibiotics in livestock animals and the potential transfer of antibiotic-resistant bacteria to humans is also highlighted, with policy options for their use and disposal discussed.

Chapter 8 discusses the research, policy, and regulatory implications of these emerging environmental issues, with the objective of making policy makers in the Asia-Pacific region more aware of these looming threats and preparing them for taking precautionary actions.

The state of New Zealand's environment: commentary by the Parliamentary Commissioner for the Environment on Environment Aotearoa 2015 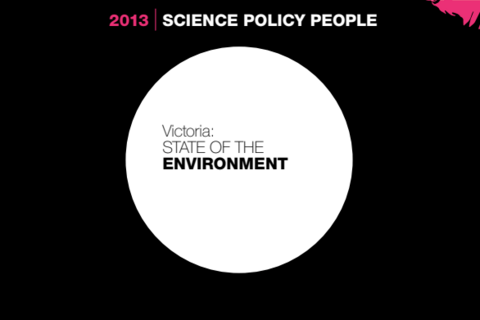 Victoria: state of the environment 2013

A review of 20 years’ air pollution control in Beijing