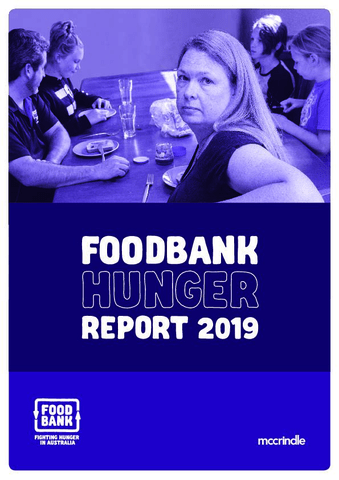 This report combines insights from two surveys, bringing together the perspectives of charities and community groups providing front-line food relief as well as individuals experiencing food insecurity. The Foodbank Charity Partner Survey was completed by charities across Australia that source food from the food rescue sector, including Foodbank, OzHarvest and SecondBite. The survey gathered information about each organisation’s food relief activities and beneficiaries. Now in its seventh year, this survey gathered 2,089 responses between December 2018 and May 2019.