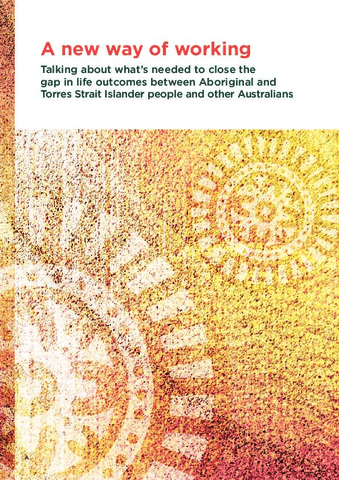 A new way of working

A report on these discussions will be prepared by the Coalition of Peaks. It will cover what was said at each meeting, will be made public, and will be presented to the Joint Council on Closing the Gap.

Close the gap 2018 - a ten year review: the Closing the Gap strategy and recommendations for reset

The Closing the Gap (CTG) Refresh: should Aboriginal and Torres Strait Islander culture be incorporated in the CTG framework? How?

Close the gap: our choices, our voices

Four lessons from 11 years of Closing the Gap reports