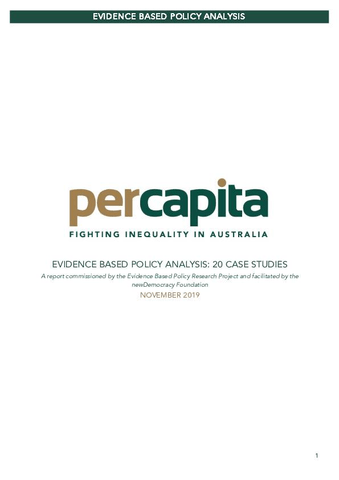 This report is part of the Evidence Based Policy Analysis Project, administered by the newDemocracy Foundation, and now in its second year.

Per Capita was commissioned, alongside the Institute of Public Affairs, to provide analysis of a number of Australian policies introduced at a state and federal level over the two years from July 2017 to June 2019.

Through this annual project, the newDemocracy Foundation commissions two think tanks with different ideological leanings – Per Capita and the Institute of Public Affairs (IPA) – to repeat the analysis, ranking 20 recent high profile policies (eight federal, and four from each of New South Wales, Victoria, and Queensland) against the Wiltshire criteria.

The What Works Network: five years on

Policy effectiveness and capacity: two sides of the design coin

How government can work with academia 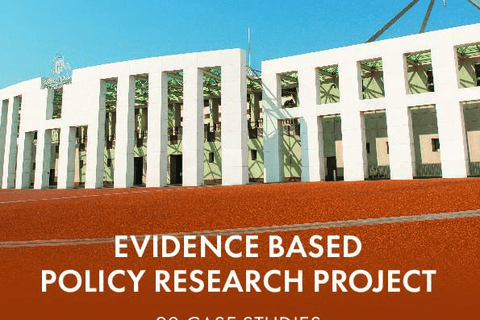 The scurvy route to better government