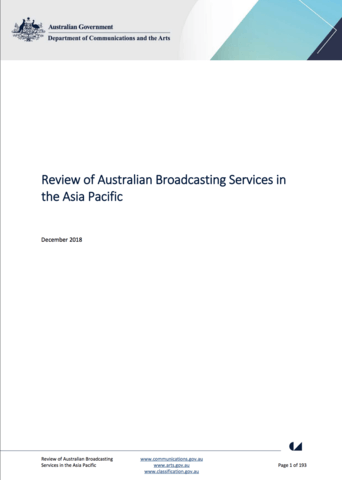 This review commenced with the publication of the Review Terms of Reference on 4 June 2018 calling for submissions from interested stakeholders by 3 August 2018.

This report presents the key findings of the review regarding the:

The ABC gets it wrong on its South Pacific service

International broadcasting and its contribution to public diplomacy

Review of technologies for digital radio in regional Australia