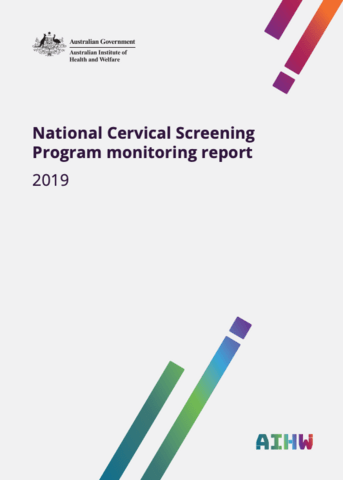 The National Cervical Screening Program (NCSP) is a highly successful public health initiative in Australia, halving cervical cancer incidence and mortality since it was introduced in 1991. This has been achieved through organised, population-based cervical screening using 2-yearly Pap tests to detect precancerous changes to cervical cells, allowing treatment before any progression to cervical cancer, thereby preventing this disease. Cervical screening using Pap tests has been supported by high-quality cervical cytology through pathology laboratories, and by state and territory cervical cytology registers, that supported appropriate recommendations for clinical management, and provided a safety net to women who participated in cervical screening.

Improvements in technology, a greater understanding of the role of human papillomavirus (HPV) in the development of cervical cancer, and the introduction of an HPV vaccine that is now administered to girls and boys under the National Immunisation Program, led to a process by which the NCSP was reviewed and ‘renewed’, to ensure that the NCSP continued to provide Australian women with safe and effective cervical screening. As a result of this process, on 1 December 2017, a ‘renewed’ NCSP was introduced.

The renewed NCSP changes the way that women are screened. Instead of women aged 20–69 having a Pap test every 2 years, women aged 25–74 now have a Cervical Screening Test (CST) every 5 years (the CST is an HPV test, followed by a cytology test if HPV is found). Another change is the collection of cervical screening data by the National Cancer Screening Register (NCSR), which is now the sole source of cervical screening data.

Two years after its commencement, this is the first report to present data for the renewed NCSP. This report introduces the 20 performance indicators that will be used to monitor the NCSP going forward, and presents data against 9 of those for which data exist and have been deemed of adequate completeness for inclusion. Others that cannot be reported at this time will appear in future reports. 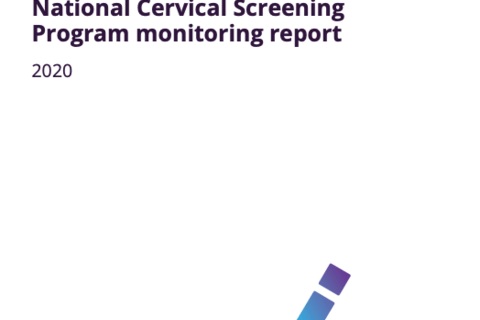 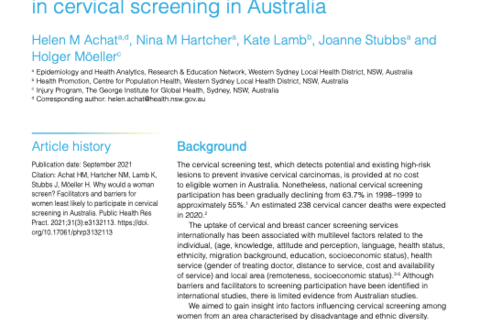 Why would a woman screen? Facilitators and barriers for women least likely to participate in cervical screening in Australia 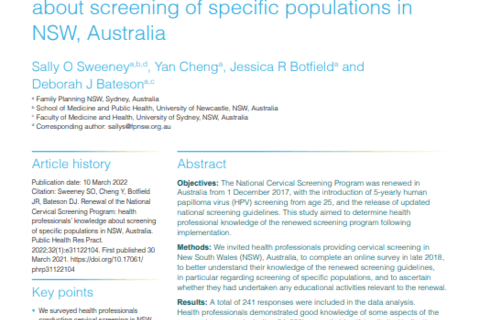