Skip to main content
We want your feedback! Complete the 2022 Newsletter Subscriber Survey and you can go into the draw to win: 2x $200 vouchers, 3x My APO+ memberships, and a ticket to EIS 2023.
Journal article

A decade of Australian anti-terror laws

This article catalogues Australia’s record of enacting anti-terror laws since 9/11. With the benefit of perspective that a decade brings, it draws conclusions and identifies lessons about this body of law for the Australian legal system and the ongoing task of protecting the community from terrorism.

Australia needed to enact anti-terror laws in the wake of the September 11 attacks. Those laws were required to protect the community by preventing terrorist attacks from occurring. Passing new anti-terror laws also enabled Australia to live up to its international obligations, and signalled that as a nation Australia rejects such forms of political violence.

In the decade since September 11, the federal Parliament has enacted 54 anti-terror laws, with many more made by the states and territories. This has given rise to a large and remarkable new body of legislation providing for powers and sanctions that were unthinkable prior to the 2001 attacks. Indeed, the rhetoric of a ‘war on terror’ reflects the nature and severity of the laws enacted in response to the threat. While these laws were often cast as a transient response to an exceptional set of events, it is now clear that the greater body of this law will remain on the Australian statute book for the foreseeable future.

This poses a long-term challenge for the Australian legal system and Australian democracy. While new anti-terror laws were needed, the laws actually enacted diverge in too many respects from the laws that Australia should have achieved. This means that the nation has anti-terror laws which are not as effective as they should be in protecting the community from harm, because, for example, their selective application and disproportionate impact may actually contribute to the growth of domestic extremism. A related cost is that the overbreadth of the laws may, over the longer term, erode the very democratic freedoms, including the rights to freedom of speech and liberty, that they are designed to protect. The laws bring this about not only through their direct impact, but also by creating new political and legal norms. These norms broaden the extent to which it is acceptable for Australian law to sanction extraordinary powers or outcomes, such as detention without charge or the silencing of speech.

Problems with the laws often stem from the inadequate parliamentary processes by which they were made. It is not surprising that a rushed legislative timetable has given rise to major issues when it comes to constructing an entire new body of law, especially one involving the delicate interaction of national security and personal freedom. There is no doubt that the quality of Australia’s anti-terror laws has been adversely affected by the often poor and expedited processes used to bring about their enactment.

These flaws are compounded by the reluctance of Australian governments to remedy known defects in the laws after their enactment, as often identified by independent and other reviews. Fortunately, many of these defects have since been taken up in 2010 legislation. However, even that legislation came into force years later than it should have, and fails to engage with some of the more intractable problems. It can only be hoped that the appointment of an independent monitor to oversee Australia’s anti-terror laws will contribute to a stronger political willingness to review and revise these laws in a timely manner.

Australia’s new anti-terror laws expose structural problems with Australia’s system of law. That system is dependent upon an effective parliamentary process and a culture of respect among political leaders when it comes to democratic values, rule of law principles and human rights. Anti-terror laws reveal how many of the bedrock principles of Australian democracy are actually only assumptions and conventions within the political system rather than hard legal rules that demand compliance. The laws reveal the capacity of politicians and parliaments to readily contravene these values, and in doing so to create new and problematic precedents for the making of other laws. This can happen because of weaknesses in political leadership and the fragile status of important values within Australian democracy. 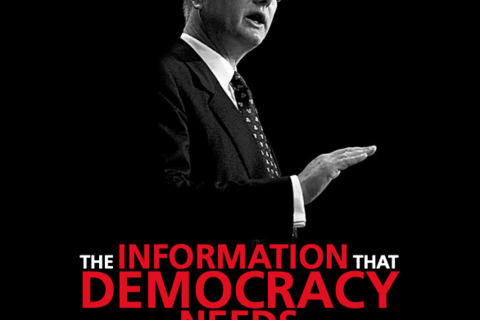 The information that democracy needs

State of democracy, human rights and the rule of law: a security imperative for Europe