Australia’s history demonstrates that there is no reason in-principle why Australia cannot enjoy the world’s highest standard of living, underpinned by world-beating productivity.

This means narrowing, if not closing, the gap with US productivity. Economic theory predicts long-run convergence in living standards (unconditional convergence), with productivity growth playing an important role in driving that convergence. In terms of labour productivity, Australia is around 20 per cent below the level of the United States.

The report argues that the relative openness of the Australian economy over time is an important determinant of productivity by allowing it to import productivity trends from the global frontier represented by the United States.

The development of national injury prevention policy in the Australian health sector: and the unmet challenges of participation and implementation 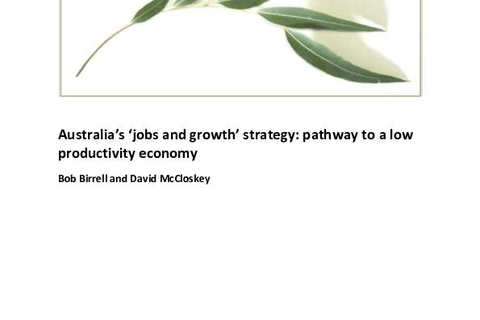 Can Australia match US productivity performance?